Born & Raised: Another Exciting Performer for Night Of Thunder

What a shame that Darley could not find a spot on the 2020 roster for Night Of Thunder (IRE) who chalked up his 8th winner from just 12 runners when the Patrick Payne-trained Cherry Tortoni made a brilliant career debut over 1200 metres at Sale on Wednesday. Cherry Tortoni romps on debut. 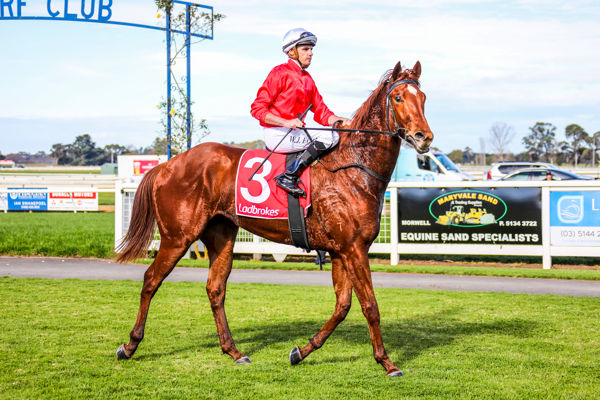 Ridden by Billy Egan, Cherry Tortoni was caught four wide from an outside barrier. Egan did find some cover behind Godolphin’s Gumnuts but that son of Street Boss (USA) was going nowhere and by the time they rounded the home turn Cherry Tortoni was standing up the leader Not A Zac four lengths.

He made that up in the space of 100 metres and was untroubled to defeat that son of El Roca by a length and a half with the Dissident filly Miss Conduct a length back in third.

Some of the great of Australian racing have carried Cherry Tortoni’s red with white cap silks of the Tait-Nivison families. Cherry Tortoni’s dam Tortoni (Strategic) is a half-sister to one of them.

He is the 13-time Group 1 winner Tie The Knot (Nassipour) who banked $6.2 million when trained by the late Guy Walter.

Also, a half-sister to the Listed winners Hood (Shamardal) and Dream Ballad (Singspiel), Tortoni is the final foal of the Group 1 VATC One Thousand Guineas heroine Whisked (Whiskey Road).

Tortoni was not up to the class of her siblings on the track winning just a maiden at Wagga from four starts.

The daughter of Strategic has a weanling filly by Churchill (IRE) and was covered last spring by Mendelssohn (USA).

Night Of Thunder (IRE) moves into second spot on the first season sire list behind Pride Of Dubai and his eight winners is second only to Spill The Beans (10).

A dual Group One-winning son of Dubawi, Night Of Thunder was Europe’s champion First Season sire and stands at Kildangan Stud, Ireland at a fee of 25,000 euros.

Cherry Tortoni. From the first crop of 2yo’s born and raised at Twin Hills under our “new” ownership. Wins easily at Sale at his first start. He’s out of the last remaining sister to Tie The Knot, by Night Of Thunder. 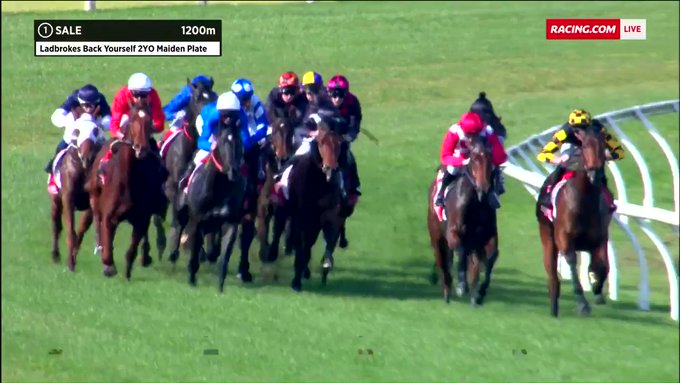 Ladbrokes Back Yourself Mdn 1200m