Well-related mare She’s A Sweetheart (Show A Heart) has benefitted from a timely black type lift ahead of her joining a star-studded cast at the Magic Millions Gold Coast National Broodmare Sale. Owner Greg Kolivos supplemented She’s A Sweetheart into the auction where she will be offered in foal to Champion stallion Fastnet Rock as part of the Newgate Consignment as Lot 1367.

The Joe Pride-trained Ballistic Lover (Smart Missile) is the mare’s only foal to race to date and she has fashioned the tidy record of five wins and three placings from her 11 appearances and most significantly claimed the Listed Denise’s Joy S. at her latest outing. 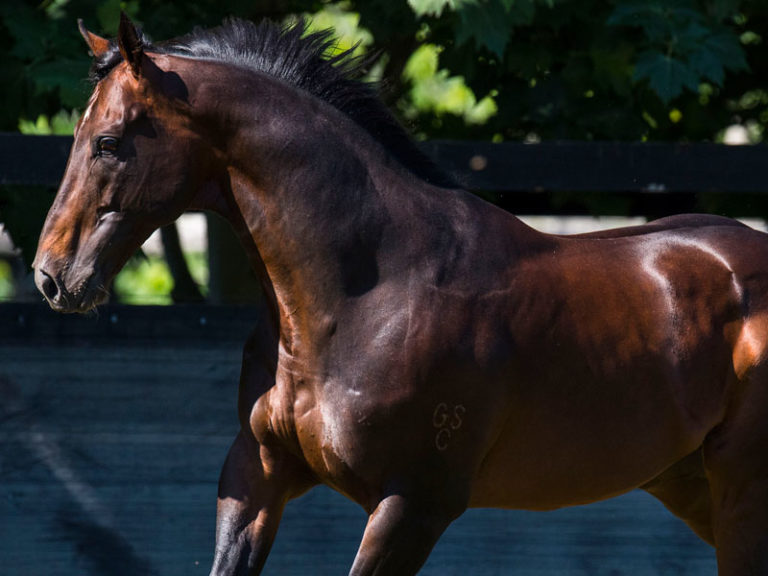 “That was a special win and she did it very impressively and there’s no question that’s a nice bonus,” Kolivos said.

“Ballistic Lover has always looked like a filly that was going to win a stakes race at some stage so it’s a question of timing – sometimes it works, sometimes it doesn’t.”

“Ballistic Lover has always looked like a filly that was going to win a stakes race at some stage so it’s a question of timing – sometimes it works, sometimes it doesn’t.” – Greg Kolivos

She’s A Sweetheart will be going through the Magic Millions Gold Coast sale ring next week for the second time as she was initially secured there as a yearling in 2011.

Gai Waterhouse and James Harron purchased her out of Glenlogan Park Stud’s draft on behalf of Kolivos for $320,000, but unfortunately she never made it to the races.

“We bought her as a yearling some time back, but she had a bit of misfortune. She had a track accident and one thing led to another and we felt that we would keep her as a breeding proposition,” Kolivos said.

She is a half-sister to the G2 Shorts H. winner, multiple Group 1 placegetter and sire Love Conquers All with their dam the G1 Avondale Gold Cup winner She’s A Meanie (NZ) (Prince Salieri).

The emergence of She’s A Sweetheart’s half-brother Lean Mean Machine has also lifted the mare’s profile. He was a dual Group 2 winner and finished third in the G1 Coolmore Stud S. before the son of Zoustar joined Aquis’ stallion roster.

“It’s a strong family and She’s A Sweetheart was a lovely yearling. She’s obviously produced Ballistic Lover as a first foal and we sent her to Pierro a few times, but they didn’t quite hit it off,” Kolivos said.

“It’s a strong family and She’s A Sweetheart was a lovely yearling.” – Greg Kolivos

She’s A Sweetheart made four unsuccessful visits to the multiple Group 1 winner Pierro, who was raced by Kolivos and his wife Donna.

“If we understand the reasons why, we wouldn’t have the problem in the first place. That’s just the way it was,” he said.

The upcoming sale of She’s A Sweetheart was a case of keeping the broodmare numbers in check.

“It’s just the course of normal business. She’s had a Snitzel filly which we’ve retained so we’ve still got the bloodline,” Kolivos said.

He believes there is plenty of upside in She’s A Sweetheart’s future and would sell accordingly.

“She’s still a relatively young mare and has produced a stakes winner as a first foal and Ballistic Lover looks like she’s going to go on with it for Joe Pride,” he said.

“She’s (She’s A Sweetheart) still a relatively young mare and has produced a stakes winner as a first foal and Ballistic Lover looks like she’s going to go on with it for Joe Pride.” – Greg Kolivos

“She’s done a terrific job and we’re happy to have the half-sister by Snitzel and hopefully someone else can have some success with She’s A Sweetheart going forward.

“It’s a great family that continues to evolve and she’s a half-sister to a sire in Lean Mean Machine, who was a lovely horse and who knows what might eventuate.

“There’s not a lot wrong with the female line and she’s in foal to Fastnet Rock and her stakes winner is by Smart Missile so whoever buys her will get a close relation. I’m sure she’ll be well-received when she’s sold at the Gold Coast.”