Colette on track to be Cummings’s autumn Queen

Colette had trainer James Cummings rethinking his autumn carnival plans for the talented mare after a brilliant return to racing at Royal Randwick on Saturday.

“I was thinking of aiming her at the Sydney Cup but I don’t know if we will go that way now,’’ Cummings said. “She has just been going so well and she well and truly has the Queen Elizabeth Stakes on the radar.

“When you get that race on the radar, it’s hard to get off!”

Small in stature but big on ability, Colette showed she could be a new weight-for-age force this autumn after she defeated an outstanding field in the Group 2 $250,000 Apollo Stakes (1400m).

The Godolphin mare Colette was having her first start since winning the Golden Eagle last spring and started at $12 but was well-ridden by Rachel King to score a dominant two lengths win.

Trainer Chris Waller prepared the second, third and fourth placegetters with Kolding ($4) leading home his unlucky stablemate, the fast-finishing Verry Elleegant ($2.50 favourite) with Funstar a length away fourth. Another of the Waller runners, Toffee Tongue was sixth.

“Colette doesn’t think she’s a little horse, she thinks she is bigger and tougher than all of them. She has that huge heart and will to win,’’ King said. 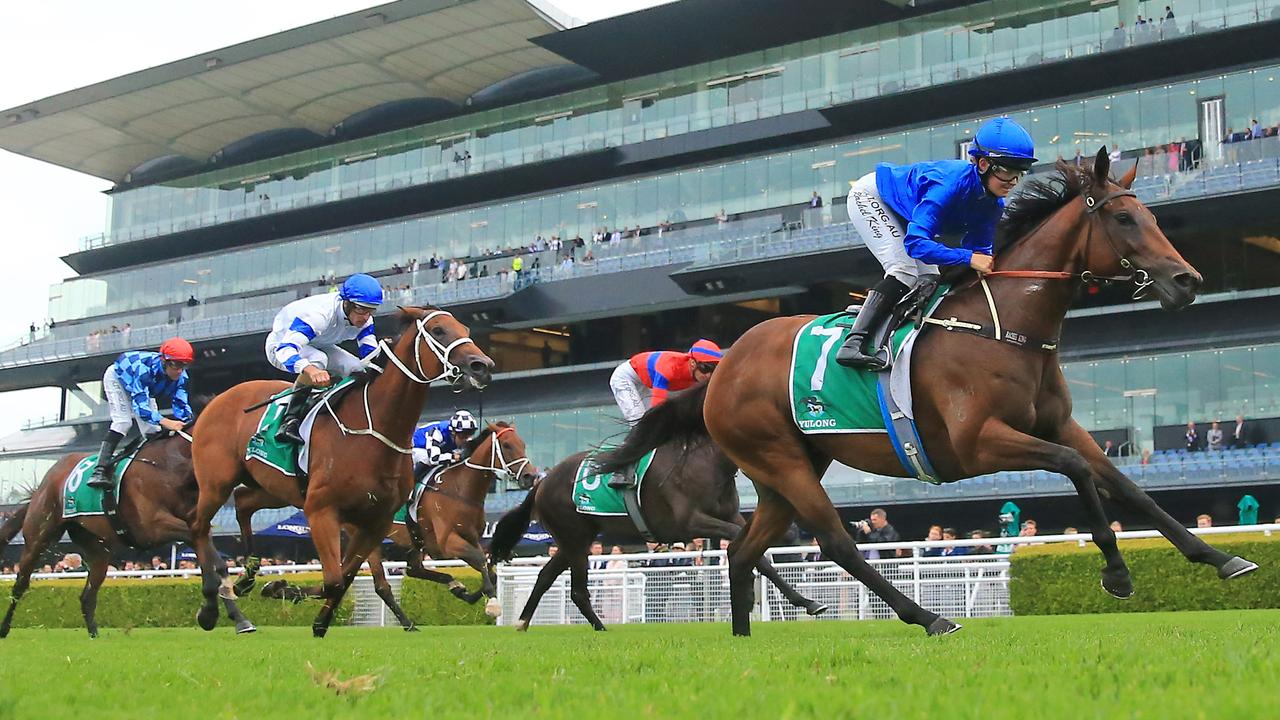 “Her win was pretty comfortable. She was probably the horse that travelled the best on that track today. When she travelled into the straight like that and got to the top of the rise, I knew I still had plenty of horse underneath me.

“To do that without the blinkers on, that is the first time she has ever done that. It didn’t seem to worry her. She beat a really good field today first-up over 1400m. She has an amazing will to win. She doesn’t know how to run a bad race – I don’t think she ever has.”

Cummings felt the generous odds bet about Colette prior to the Apollo was understandable as the mare was up against some of the nation’s best weight-for-age horses.

“Her odds was a reflection of the strength of the field she was up against – Kolding, Verry Elleegant and Funstar are very good horses,’’ Cummings said. “But she is the Golden Eagle winner resuming first-up and performed like a Golden Eagle winner.

“She is the horse that is really improving from one preparation to the next. Don’t forget she got all the way to an (ATC Australian) Oaks win in her first campaign last autumn and she was first-up in her only third campaign today.

“It was great to see her kick-off her campaign so strongly and she is well and truly on the way to perhaps her best preparation.’’ Rachel King said Colette has an amazing will to win. Picture: Getty Images

Colette improved her record to six wins from 12 starts and took her prizemoney to over $4.8 million.

“Her record is starting to speak for itself,’’ Cummings said. “She was aided by the ground today but there were a few horses in the same boat and she was very stylish against them. She has kicked off her autumn campaign with a bang.’’

Cummings confirmed Colette will race next in the Group 1 $600,000 Chipping Norton Stakes (1600m) at Royal Randwick on February 27, setting up a return clash with Kolding, Verry Elleegant and possibly Funstar.

Waller was satisfied with his Apollo Stakes runners said Colette was a deserving winner.