Colette – What a Little Star She Is

The signs were positive for the high-class Hallowed Crown mare Colette in Saturday’s $250,000 Group II Yulong Apollo Stakes when the skies opened in Sydney on Saturday morning. 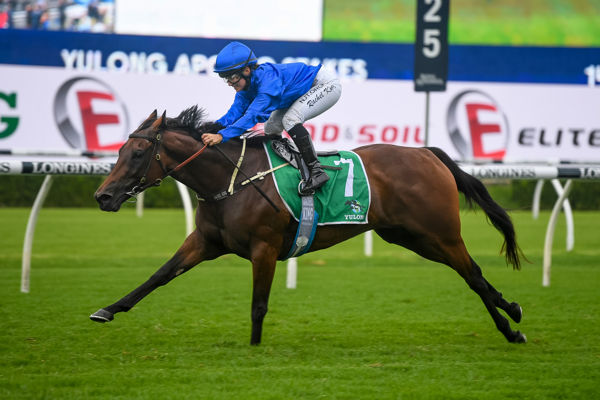 Colette in a breeze (Steve Hart)

Still, few punters could look past the 6-time Group 1 winner Verry Elleeegant who was sent off the $2.50 favourite.

But she could not catch Rachel King on the ATC Oaks heroine, Colette, who travelled sweetly on her favoured soft ground.

Making her first start since winning the $7.5 million The Golden Eagle, the James Cummings-trained mare defeated Kolding (Ocean Park) by two lengths with Verry Elleegant (Zed) a short-neck back in third.

“She is the horse that is really improving from one prep to the next,” Cummings said.

“She got all the way to the Oaks in one campaign, and she is only first up in her third preparation.

“She is well and truly on her way to producing perhaps her best preparation.

“She has been going so well she has well and truly got the Queen Elizabeth on her radar and when it gets on the radar.”

With her third stakes win, Colette advances her record to six wins and two seconds from 12 starts while bloating the Godolphin coffers by $4,837,580. 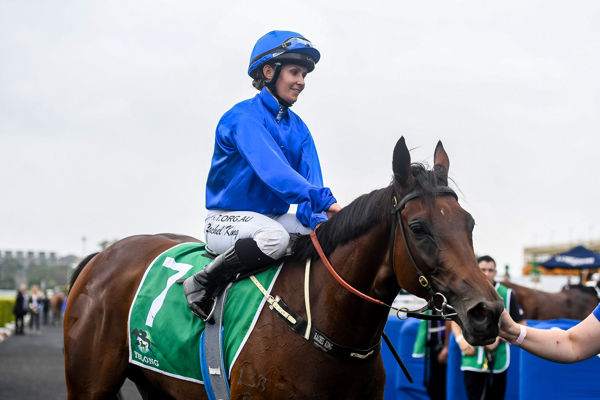 Hallowed Crown began his career at Darley before moving to Twin Hills Stud where he covered 66 mares last spring at a fee of $11,000.