Doncaster Mile the target for Something Fast

Anthony Cummings resisted the temptation to run Something Fast in the Villiers Stakes but he has ambitious plans for the autumn including the Group One Doncaster Mile. 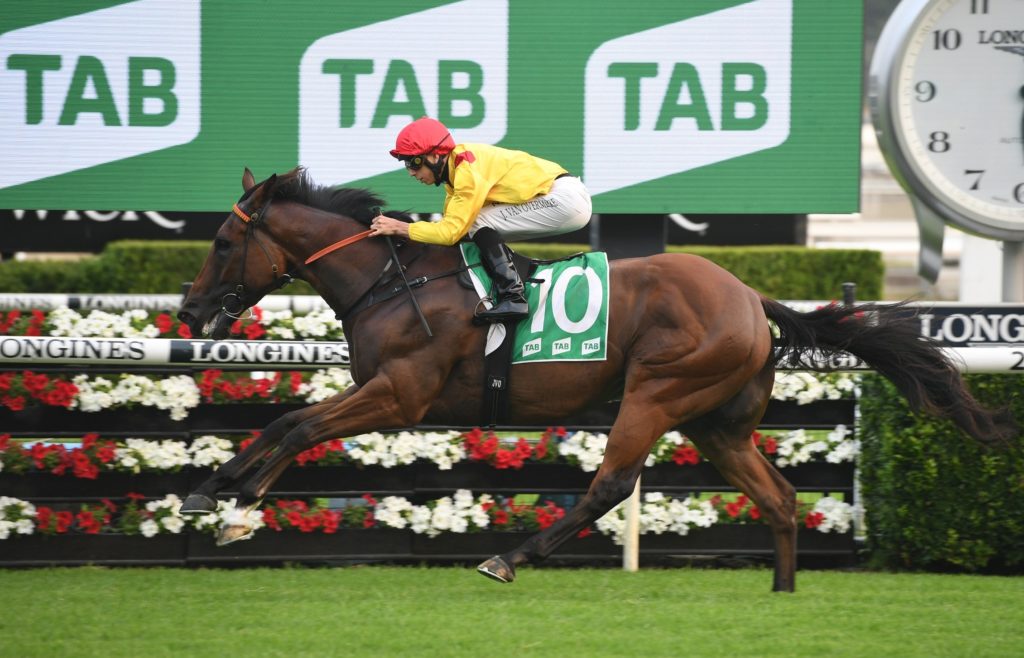 Cummings decided against deep-ending Something Fast in Saturday’s Group Two race, won by Quackerjack, after the five-year-old “had a big blow” following a track gallop last week.

He instead opted for the softer option of Saturday’s TAB Long May We Play Handicap (1400m) and was glad he did after Something Fast towelled his rivals.

“It was easier just to back off him off that gallop and let him put a bit of weight back on,” Cummings said.

“He actually put on eight-and-a-half kilos during the week from Saturday to Saturday so he’s doing well in the stable.”

“It’s a tricky time of year. I want to get his rating up so he’s helped himself in that regard.

“There’s a benchmark 88 coming up in a couple of weeks so I’ll probably have a look at that then he’ll have a let up and come back for the Doncaster Mile.”

Apprentice Jean Van Overmeire took the initiative when Something Fast began well and controlled the speed from the front.

The horse went through his gears, clearing out to win by 2-1/2 lengths from Phaistos with Charretera another 1-1/2 lengths off third.