Lucky shoe for Rule The World

A horse being replated behind the gates is often the end of its chances in a race but Rule The World (Hallowed Crown) made light of that theory with his win in the Travis Stillman Handicap (1400m). 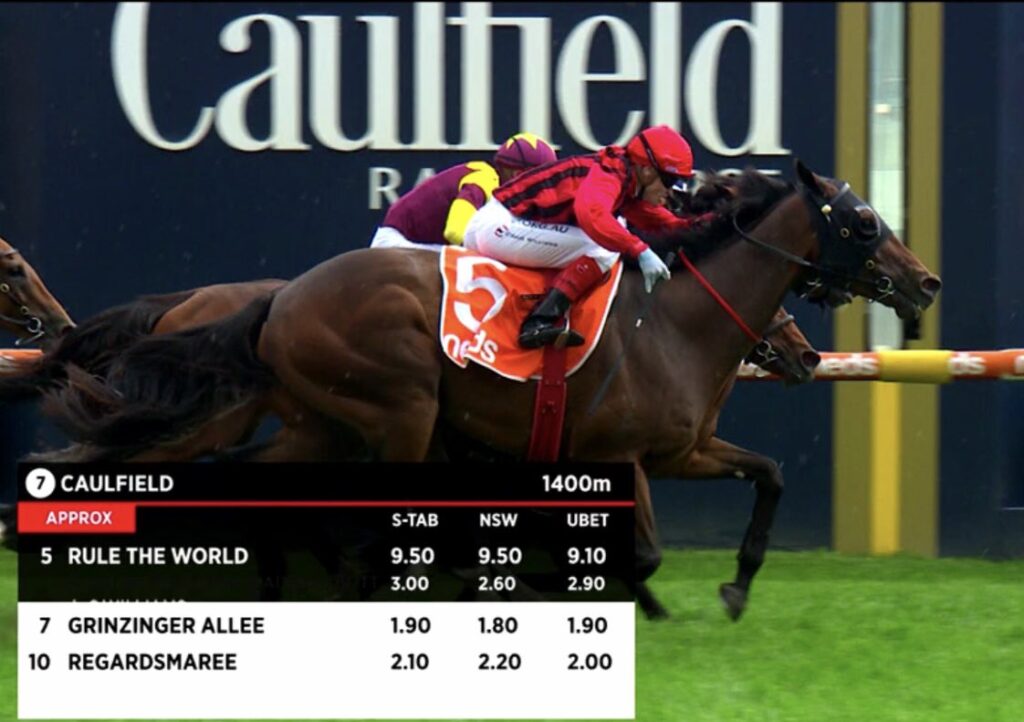 Rule The World lost a shoe on the way to the barriers before the $125,000 race, which was delayed while the farrier replaced the plate behind the gates.

The new footwear wasn’t a problem for Rule The World, who finished hard to grab the Danny O’Brien-trained Grinzinger Allee on the line, giving Sydney training partners Gai Waterhouse and Adrian Bott a narrow win.

Rule The World gave jockey Craig Williams his third win in the first two days of January after he rode a double at Friday’s New Year’s Day meeting at Flemington.