Recent results have served to emphasise the versatility of Smart Missile’s progeny and continue to pique breeder interest in Twin Hills Stud’s Group 1 producer. The son of Fastnet Rock has produced 2-year-old city winners on consecutive weekends, including a Listed victory, and a 3-year-old Group winner also in the mix. 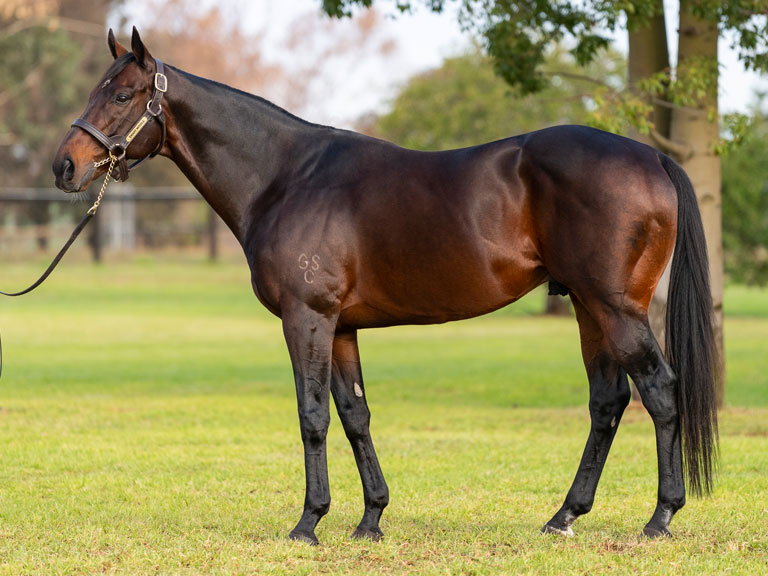 Smart Missile’s juvenile daughter Standoff was successful at Flemington earlier this month for trainers Grant and Peter Dalziel and was followed up by Ballistic Boy, who claimed top honours for Chris Anderson in the G3 Rough Habit Plate at Eagle Farm.

On Saturday, Lindsay Park’s Crosshaven maintained his unbeaten record when he was triumphant at The Valley and the colt’s winning lead was followed at Eagle Farm by the Toby and Trent Edmonds-trained Smart ‘N’ Sexy (NZ) in the Listed Dalrello S.

“It’s been a terrific time with two new stakes winners and he also had a debut 2-year-old winner at Geelong last Friday,” said Olly Tait, who owns and operates Twin Hills with wife Amber.

The Mick Price and Michael Kent Jnr-prepared Scientific showed she too had a bright future when a clear-cut first-up winner over 1250 metres at Geelong.

“His 2-year-old winners and Ballistic Boy’s win in the Rough Habit Plate over 2000 metres for 3-year-olds just showed again what a classy and versatile stallion he is,” Tait said.

“He’s like his father Fastnet Rock and they are very versatile horses and he’s not necessarily a nailed-on 2-year-old sire. He can obviously get good 2-year-olds and they are horses that can get better with age and distance.

“Smart Missile is the same so it’s been really pleasing to see. We get bookings all the time and he’s filling up really nicely and he deserves too.”

Bred and raced by Gooree Park Stud, Smart Missile was an unbeaten 2-year-old winner of the G2 Todman S. and the following season added the G3 Run To The Rose S. to his record before he finished runner-up in the G1 Golden Rose.

He began his stallion career at Arrowfield Stud before relocating to Twin Hills for the 2018 season.

Smart Missile’s leading representative to date is the G1 Spring Champion S. winner Maid Of Heaven and he has also sired Group 2 winners I’ll Have A Bit and Smart Melody. Ballistic Boy has now joined Debellatio as a Group 3 winner.

He stands alongside Hallowed Crown, who has enjoyed a breakthrough season, and Denman and Odyssey Moon.

“We’re going along well, Hallowed Crown having the Oaks winner was very helpful and Denman is a very good, solid stallion who gets good sprinters so that’s attractive,” Tait said.

Hallowed Crown’s daughter Colette credited the son of Street Sense (USA) with his first Group 1 winner when she won the Australian Oaks while Denman’s top performer to date has been Hot King Prawn, a multiple Group 2 winner and Group 1 performer in Hong Kong.