Punters looked likely to get off on the right foot on Victoria Derby day at Flemington when the heavily backed Aysar put his head in front at the 200 metres mark in the Group III Network 10 Carbine Club Stakes (1600m). However, they had not counted on the tenacity of his stablemate Crosshaven. 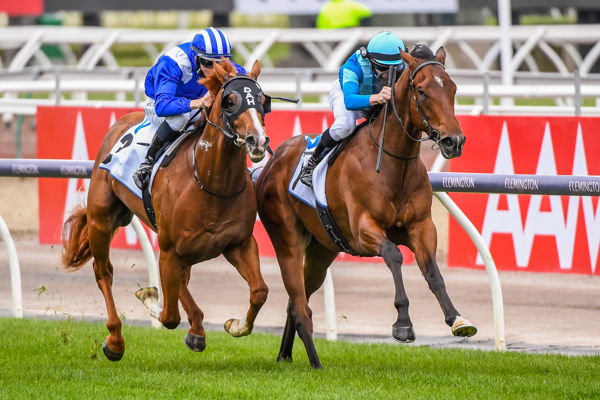 With Daniel Stackhouse in the saddle, the Tom Dabernig and Ben Hayes-trained son of Smart Missile took up the running with Aysar parked right behind.

Damian Lane eased Aysar to the outside of Crosshaven, and the son of Deep Field put his head in front.

It takes a special horse to win five of seven starts, and Crosshaven was in for the fight. He battled back to defeat Aysar by a neck with a further two and three-quarter lengths back to the Medaglia d’Oro (USA) gelding Endanger in third.

“He fought back so hard. Once Aysar got passed him he really pinned his ears back,” Stackhouse said.

“He is tough and loves to win.”

Ben Hayes said he was thrilled to get off the mark in the first race of the Flemington carnival.

“Tom and I are thrilled to quinella the race, it was a great result,” Hayes said.

“He (Crosshaven) has been in since winter without a real break. Every time we have asked him, he has improved. He was headed by Aysar and fought back, and Aysar is no slouch.

“We are lucky to have two fantastic horses.” 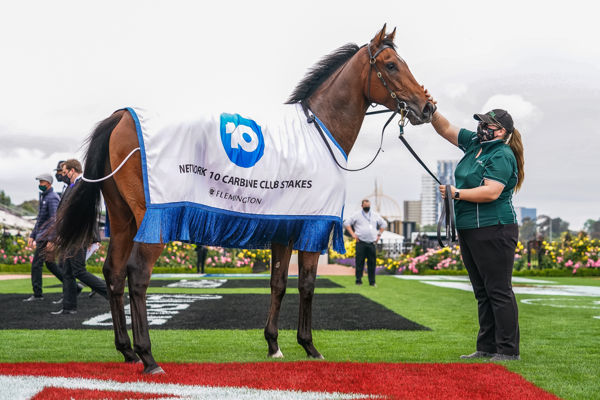 Purchased by Lindsay Park for $80,000 out of the Haunui Farm draft at the 2019 NZB Karaka Yearling Sale, Crosshaven is a half-brother to Group III winner Killarney. He is one of five winners from as many to race out the Group II winner Irish Colleen (Shinko King) who Nakhle had purchased for $8,500 at the 2005 NZB National Weanling Sale.

Irish Colleen is a great-great-granddaughter of that magnificent racemare, Maybe Mahal.

Irish Colleen has a yearling colt by Zacinto (GB) and was covered by Vadamos (FR) last spring.

Crosshaven continues the winning run for Twin Hills Stud’s Smart Missile, who stands this spring at a fee of $22,000.