A canny investment in an American speed mare with a formline familiar to Australians returned a handsome dividend for Twin Hills Stud and partners at Inglis Australian Easter Yearling Sale yesterday when her Capitalist (Written Tycoon) colt sold for $700,000. 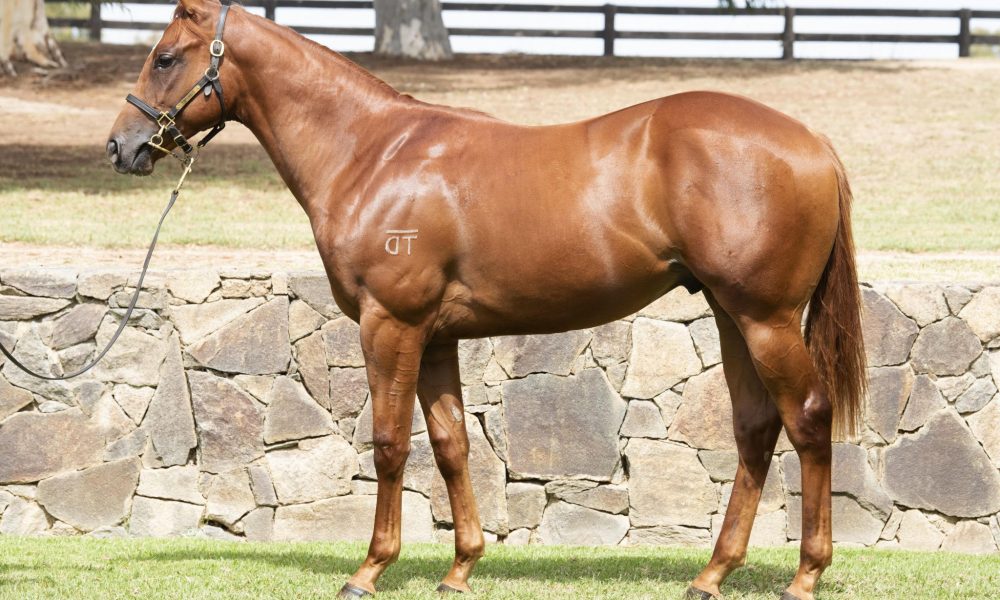 Madame Cactus (Cactus Ridge) was a dual stakes winner in the US who won the Keeneland Raven Run Stakes (Gr 2, 7f) for three-year-old fillies in 2013. The race deserves some regard here, as a year earlier it was won by Gypsy Robin (Daaher), later sent to Australia to become the dam of Moir Stakes (Gr 1, 1000m) winner Wild Ruler (Snitzel).

Purchased at the 2017 Keeneland Broodmare Sale for US$400,000, Madame Cactus found her way to Australia as part of the deep investment in American speed mares continued by Newgate Farm – co-buyers of Wild Ruler as a $525,000 yearling – and was put in foal to Russian Revolution (Snitzel).

That filly sold for $3,500 and is a two-year-old in training at Port Macquarie named Succulent. Madame Cactus’ following mating – with another Newgate sire in Capitalist – could be assumed to have worked somewhat better. A Twin Hills-led team of four bought the mare in foal for $185,000 at the Inglis Chairman’s Sale of 2020, and a strapping colt emerged, purchased yesterday for nearly four times the broodmare outlay by no lesser judge than James Harron, who parted with $700,000 for the colt.

“He was one of the first colts I saw when I came to the stud inspections, and I fell in love with him from day one,” Harron, yet to confirm a trainer, told ANZ Bloodstock News. “He’s a great mover, looks a very early runner, and showed a really good demeanour the whole way through.

“I love American mares. They’ve been really successful here. We get big, strong, seriously fast raw speed from them and that seems to gel well with our stallions over here. Madame Cactus was very talented, and I’m sure the speed on speed aspect with Capitalist will augur well for this colt.”

Madame Cactus, who has a weanling colt by Deep Field (Northern Meteor) and is in foal again to Capitalist, has had some success with earlier US-born foals, including Star Cactus (Uncle Mo), a US$180,000 Keeneland yearling, winning over 1400 metres at Ascot, UK, in 2020.

Twin Hills’ Olly Tait said he was advised to buy Madame Cactus by British bloodstock agent Richard Brown, who remains in a group of “four friends” who own the mare.

“Richard identified the mare in the Chairman’s catalogue, we put a syndicate together and happily it’s worked out far better than we could have anticipated,” Tait said.

“It’s no surprise American mares have done very well coming to Australia and producing speed horses. American racing is so competitive at the top level. They’ve got to have speed from the gate, because the first two furlongs of a race in America are all-important.

“And this colt is the product of a good fast mare on a terrific fast racehorse who’s turned into a terrific stallion. He was a beautiful colt from the day he was born. We always had high hopes for him. It’s always a long road from the day they’re born to the sales ring, but happily it worked out well for us.”