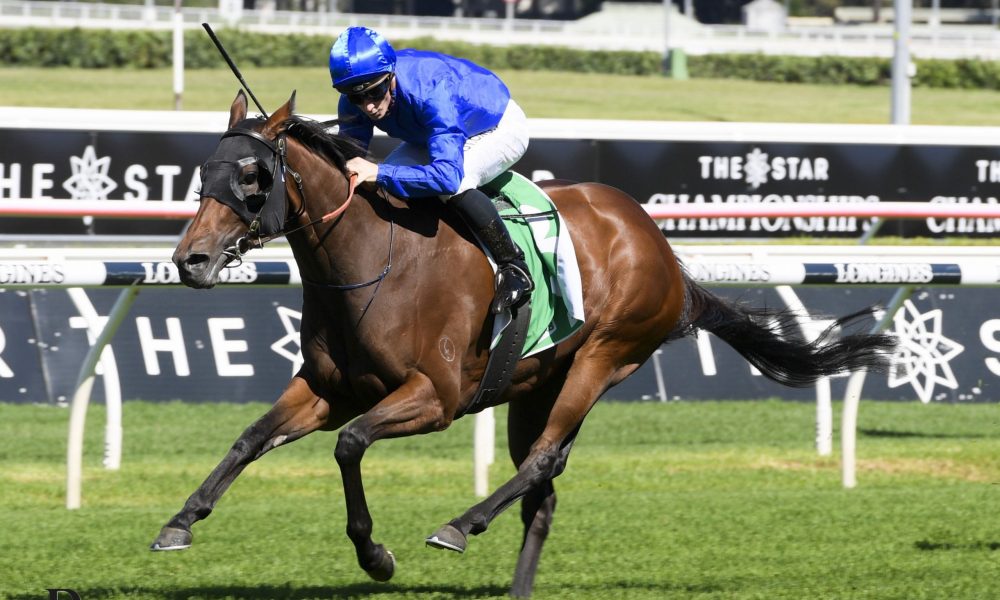 It would be a fairytale result for Twin Hills Stud if the James Cummings-trained Colette (Hallowed Crown) takes out today’s Australian Oaks (Gr 1, 2400m) with the Cootamundra farm recently acquiring her sire Hallowed Crown (Street Sense) for the upcoming breeding season.

Hallowed Crown stood his first five seasons in Australia at Darley’s Kelvinside property, but it was announced on March 25 that the dual Group 1 winner was relocating to Twin Hills for the 2020 season.

In perfect timing, ten days after the announcement Hallowed Crown sired his first stakes winner as Colette took out the Adrian Knox Stakes (Gr 3, 2000m) in impressive fashion, powering through the field to score by two and three-quarter lengths.

The victory rocketed the three-year-old filly up the market for today’s staying feature, and a win would be the first at the highest level for her stallion, which Twin Hills owner Olly Tait said is very exciting for the farm.

“It was great that she won the Adrain Knox well and that was his first Group winner so that was really pleasing as we’d only just arranged for him to come to Twin Hills, so for that to happen so quickly was really exciting,” Tait told ANZ Bloodstock News yesterday.

“The way she did it suggests she could be a really good horse.

“We’ll find out tomorrow because she’s up against a better class of field than she faced last week, but I think win, lose or draw tomorrow, Hallowed Crown has displayed he can get a horse with some quality and that’s really pleasing for us given that we’ve just got him.

“You get lucky sometimes so that was good.”

Bred by Gooree Park Stud and trained by Bart and James Cummings, Hallowed Crown was a talented juvenile, winning on debut at Randwick before taking out the Kindergarten Stakes (Gr 3, 1100m) dominantly.

He returned in the spring to win the Run To The Rose (Gr 3, 1200m) and the Golden Rose Stakes (Gr 1, 1400m) where he defeated fellow second season sires Scissor Kick (Redoute’s Choice) and Kermadec (Teofilo).

In the autumn of that season, Hallowed Crown won the Hobartville Stakes (Gr 2, 1400m) and the Randwick Guineas (Gr 1, 1600m) before finishing third behind Volkstok’n’barrell (Tavistock) and Preferment (Zabeel) in the Rosehill Guineas (Gr 1, 2000m), proving to be among the elite of his generation.

“A horse of his profile we’re following all the time and we’re very lucky to have had a good association with Mr Cojuangco who owns him and when the opportunity came to move from the Hunter Valley, that was something that we were very happy to do,” Tait continued.

“These things always come together quickly in the end but he was a horse that we’d followed closely from his racing career onwards.

“I think he’s very well priced and we’ve had lots of inquiries so far. He’s got some other very nice horses out there as well.  He’s got a very nice two-year-old called Crown Mint who won at Sandown a few weeks ago at only his second start, so hopefully we’ll see some more of him this season.

“His statistics are very good so he’s been well received so far and hopefully we’ll get a good book of mares to him this year.”

Hallowed Crown also shuttled to Darley’s Kildangan Stud in Ireland in 2016 and 2017 and produced The Perfect Crown, who was a winner on debut before finishing third in the Spring Cup (Listed, 7f) at Lingfield, as well as six other individual winners from 31 starters.

Colette is still in her first race preparation after having her first run on December 8 last year where she finished eighth in a 1300-metre maiden at Hawkesbury.

She has since gone on to finish second twice before putting together three wins in a row, including her victory in the Adrian Knox a week ago.

While she was impressive last weekend, today the Cummings-trained three-year-old will have to take on star fillies such as Surround Stakes (Gr 1, 1400m) winner Probabeel (Savabeel) and Vinery Stud Stakes (Gr 1, 2000m) winner Shout The Bar (Not A Single Doubt).

However, despite the rise in class, Cummings is confident in her chances.

“She’s a stayer with a turn of foot which is a rare commodity,” he said.

“To graduate to the Oaks in her first preparation is a feat in itself. To be among the leading chances on the biggest stage of all is an even greater achievement.

“There is nothing like 2400-metre form for a 2400-metre race and there is none in this race, so we should be guarded.

“She has a mammoth task ahead of her and we’ll just have to see if she can mount the challenge that is required. But she comes into it looking as well as she did before the Adrian Knox. And there were so many things to like about her win in that race.”

Hallowed Crown will stand alongside Smart Missile (Fastnet Rock), Denman (Lonhro) and Odyssey Moon (Snitzel) at Twin Hills this season for a fee of $11,000 (inc GST).