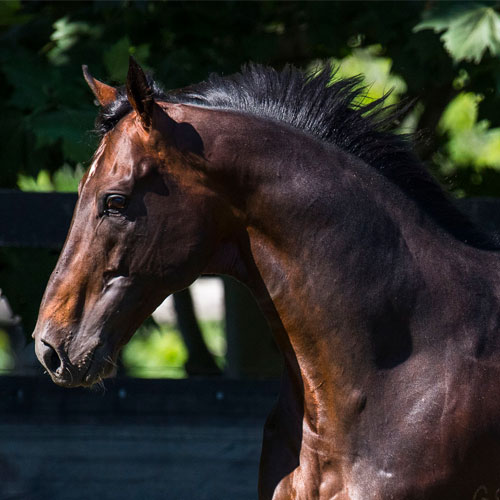 Ballistic Boy was purchased for $100,000 by his trainer at the Magic Millions Gold Coast Yearling Sale from the draft of Aquis Farm and he is out of a half-sister to Group 1 winner Distill (Volksraad) as well as the Group 1 placed Mr Tipsy (Montjeu). Smart Missile stands at Twin Hills for a fee of $22,000 (inc GST) in 2020.

Ballistic Boy takes Rough Habit Plate
Chris Anderson’s luck finally changed when Ballistic Boy helped him achieve a boyhood dream by winning a Group race with a horse wearing the colours of the Think Big Stud. “Think Big have been fantastic to me. As a boy I was a big fan of Saintly who won a Melbourne Cup in these colours,” he said.

“It was a dream to win a Group race with a horse wearing them and now it has come true. I have had three horses – Ballistic Boy, Plutocrat and Boomtown Lass – beaten in black- type races by about a nose in the past fortnight. The horses are racing well so I was confident my luck would turn sooner or later.”

Standoff lands Flemington knockout blow
While punters may have been shocked by the victory of Standoff (Smart Missile) at Flemington yesterday, Grant Dalziel headed to the track enthusiastic about the filly’s chances. Dalziel, who trains Standoff in partnership with his son Peter, said the filly had stronger claims than her odds indicated in the Bagotville Handicap (1100m).

A $30,000 purchase at Book 2 of the Magic Million Gold Coast Yearling Sale, Dalziel is planning to return there early next year for the Magic Millions 3YO Guineas (RL, 1400m) in January. “She’s very immature but we’ll go back to the Magic Millions as you don’t get many opportunities to run in million dollar restricted races,” Dalziel said.

Once described as a non-winner, Prezado (Denman) registered a third-straight victory on his favoured Flemington straight course in the Jim Beam Hill Plate (1000m) yesterday.

Ridden by Craig Williams, Prezado was sent out the $2.20 favourite before scoring a three- quarter length win from Snitzkraft (Snitzel) with From Within (Not A Single Doubt) a length and a quarter away third. Co-trainers Matthew Ellerton and Simon Zahra now face the quandary over Prezado’s immediate future.

“He picked them up quite easily and ran through the line which was pleasing to see,” Zahra said. “But the biggest problem we’ve got now is there is not a lot 1000-metre Group races up the straight, so he’s not going to be easy to place. It’s good to get three in a row with a horse that everyone thought was a non-winner.”