Always travelling well in the lead, Prime Candidate (Denman) was game easily holding off a late challenge from Special Reward (Demerit), making it a grandsons of Lonhro (Octagonal {NZ}) quinella. 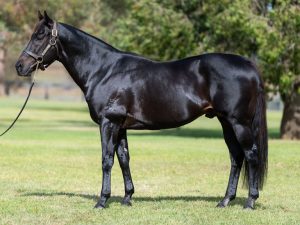 It was a deserved first stakes win for the tough gelding who had just been too keen in front at his previous outing. An eight-time winner from 26 starts, he is a homebred for Mr P Chudleigh out of his now retired dual Group winner Coolroom Candidate (Mister C {USA}).

A rare six generation outcross, Prime Candidate is a half-brother to the Listed winner Coolring (Sebring), the city winner Kashiwa (Fighting Sun) and three other winners.