Another big payday for Colette 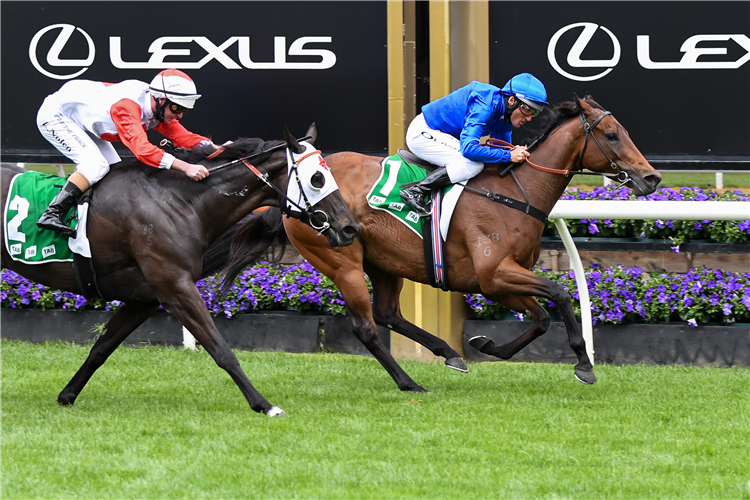 Previously an Australian Oaks winner as a 3-year-old, Colette collected the second Group 1 victory of her career in Saturday’s $1 million TAB Empire Rose S. at Flemington. She also earned an additional $1 million bonus through an initiative introduced this year by Racing Victoria.

The bonus was attached to a series of 12 feature races for fillies and mares and was available to any winner of those races who could go on to triumph in the Empire Rose. Among those dozen races was the G2 Tristarc S., which Colette won two weeks ago, and on Saturday she backed it up in style.

Aided by a well-timed ride by Damien Oliver, Colette produced a brilliant burst through the pack to beat Mystic Journey (Needs Further) by 0.3l.

“That was just about the ride of the season by Damien Oliver, and she’s just a proper racehorse,” trainer James Cummings said. “She got herself back together when the Caulfield Cup didn’t work out for her, and the guys had her in great shape for the Tristarc a fortnight ago.

“That was just about the ride of the season by Damien Oliver, and she’s (Colette) just a proper racehorse.” – James Cummings

“A good track was no problem for her today and she weaved through them beautifully. She let down like a serious Group 1 horse, and I think she deserves all the accolades she gets. She’s been an absolutely beautiful mare for the stable and she’s well loved.

“We’ll consider backing up into the Mackinnon next Saturday – she’s backed up once before in her life for a Group 1 win in the Oaks.”