Around the farm with Olly Tait

TDN AusNZ brings you a new series in which we quiz Australasian stud identities about their operations, backgrounds and thoughts on the wider thoroughbred industry. Today, we chat with Twin Hills Stud’s Olly Tait. 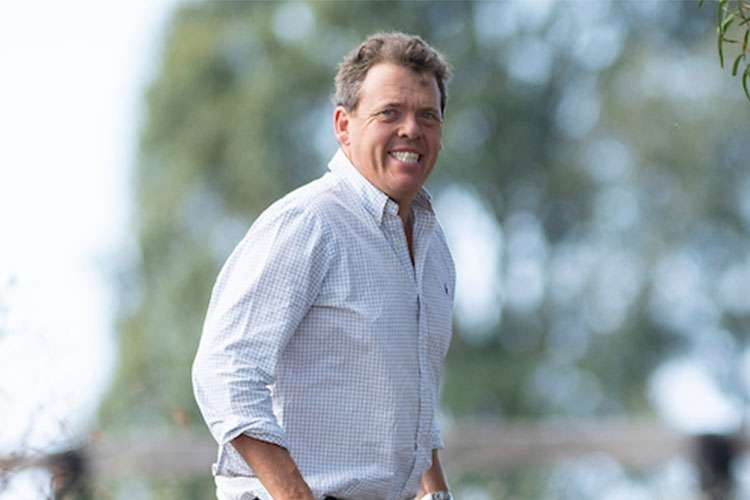 Twin Hills Stud was purchased by Olly and Amber Tait three years ago, a farm very familiar to him, in the Cootamundra region where he grew up. Twin Hills stands four stallions in the 2020 season headed by Smart Missile at $22,000 inc GST, Denman at $8800 inc GST, Odyssey Moon at $6600 inc GST and the recently relocated Hallowed Crown at $11,000 inc GST.

TDN AusNZ: Service fees have been announced, how are you finding the response to your roster given the current economic uncertainty?

OT: We’ve got very good stallions and I think they are well-priced. While there is a great deal of uncertainty around at the moment, and other businesses are in the same position as ours, we’ve got to look forward and I think most people approach it that way.

Broodmare owners have invested in mares and they’ve got to breed them, that’s the reality. I think it is about us promoting our stallions effectively against those of others and in that respect it’s no different to any other season.

TDN AusNZ: Physical type, race performance and pedigree are all important criteria when selecting stallions, but if there were one you’d prioritise over the others, what would it be and why?

OT: They are the three criteria that are most important and I would throw in what sort of charisma and profile a horse also has because that can help in getting support for that stallion.

The one that I would see above all others though is performance. You’ve got to have a good racehorse because they are more likely to throw that on and performance is what appeals to breeders above all else.

“You’ve got to have a good racehorse because they are more likely to throw that on.” – Olly Tait

TDN AusNZ: Looking ahead to the next few years, are there any changes to your business model you’re planning? And what is your process for reviewing how your business is placed?

OT: We’ve been going for three years and every day we assess what we’re doing and what the market is doing and what our competitors are doing. We also take a step away and annually look at our business. We get some outside people in to discuss our business and make sure that we’re heading in the right direction and invigorate our ideas and that’s a process we find beneficial.

We’ve grown healthily in three years and want to continue with the growth in the areas in which we operate – stallions, agistment and our own bloodstock trading.

TDN AusNZ: What is the biggest challenge facing your business at the moment?

OT: Obviously, the economy isn’t what it was six months ago. Racehorses are luxury items and the impact on people’s discretionary spending has been reduced and that will affect the market for racehorses.

We’ve got to navigate our way through that and we are in a sport that is based around tradition. We need to be very respectful of that, but also we need to make sure we remain relevant to the general public and keep in the eye line as a popular sport.

I think Australia is very well-placed in that regard, but there are always challenges. We’ve got to maintain our market share in terms of eye balls on our sport, which then turns into wagering and returns to owners.

TDN AusNZ: You’ve worked for some interesting people throughout your career, can you tell me who had the largest influence on you and the lesson you will not forget?

TDN AusNZ: Who is the best stallion physical you have ever seen?

OT: If you go to any stallion barns around the world you find beautiful horses and that leads you to the fact that physique is a very important part of what makes an athlete, because it’s only the elite male athletes that make it to those stallion barns.

One stallion I would mention that sticks out in my mind is Singspiel (Ire). He was probably a more refined, smaller horse and maybe a little lighter-boned than others, but he was the most beautifully-athletic horse. He was very light on his feet and that really appealed to me. He was a great racehorse and then a wonderful stallion and he was one who had a physique a little bit out of the ordinary, but certainly had plenty of appeal.

“He was a great racehorse and then a wonderful stallion and he was one who had a physique a little bit out of the ordinary, but certainly had plenty of appeal.” – Olly Tait

TDN AusNZ: What stallion on another farm’s roster would you like to be standing?

OT: I Am Invincible would do nicely.

TDN AusNZ: Is there an under-the-radar emerging stallion that you have a preference for?

OT: Epaulette is a very good stallion and I think he is under-valued by the market and continually gets high quality Saturday winners and stakes horses.

I think our own Hallowed Crown is a very good stallion and there’s obviously self-interest in labelling him, but he stands for $11,000 and had an Oaks winner from his first crop. From relatively small numbers, he’s had a huge number of winners and his winners to runners are outstanding. He was an outstanding racehorse with an incredible pedigree and by a very good stallion. I think he is one, hopefully, who will emerge with a lot more quality runners over the next year or two.

TDN AusNZ: What’s your opinion on the 140-mare cap that the Jockey Club in America are proposing? Do you think it’s needed here?

OT: I disagree with it and I think that it’s a form of market regulation and that is a retrograde step. Time has told us that regulated markets are not as good for business as letting those markets find their feet.

In terms of genetic diversity, and yes that’s granted, but equally the best stallions will be limited so I can’t see how in terms of improvement of the breed that it is a step forward. In terms of a large number of progeny of one particular stallion, the market will determine whether that’s good or bad and so it should.

TDN AusNZ: Which four people, within the industry or outside it, dead or alive, would you invite to a dinner party?

OT: I’ll go with my Amber and my two kids.

TDN AusNZ: Which global breeding brand do you have the ultimate respect for?

OT: I think what John Messara has achieved at Arrowfield Stud is to be admired. We are very fortunate to have him as a leader in our industry and Arrowfield has become a brand recognisable throughout the world. I look to what he has achieved and admire it greatly.