Trained by Matt Ellerton and Simon Zahra, Smart Coupe charged home from off the pace to score a length and a quarter win in the 1200 metre sprint.

First Light Racing’s Catherine O’Dea was on hand to greet Smart Coupe as she returned to scale.

“She’s come back bigger and better and has been spot on in her trials, so we should be in for a good preparation,” she said.

“Spring is a great time of year so we’ll try and pick out a race in Cup Week for her,” 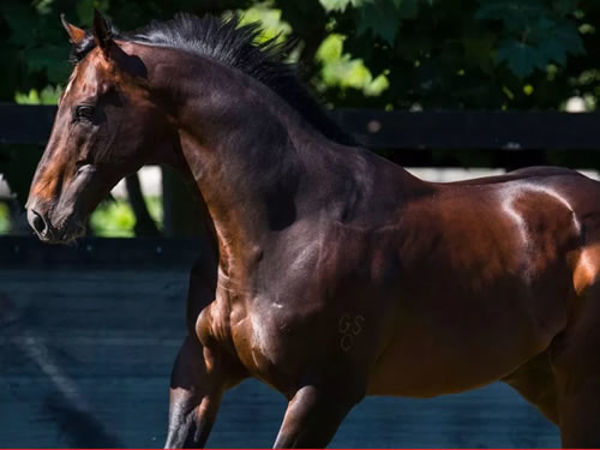 Smart Missile is the sire of Smart Coupe

Bred by SF Bloodstock, Smart Coupe was foaled and raised initially at Newgate Farm, but was passed in as a weanling before finally being sold in Tasmania as a yearling. She is the best of four winners from Group II winner Coupe, a half-sister by Spinning World (USA) to Group I winner Coupe de Grace.

The family is a very familiar one as Coupe is a grand-daughter of Group I winner Spirit of Kingston, whose family includes Australian Horse of the Year Rose of Kingston as well s Melbourne Cup winner Kingston Rule and Victoria Derby winner Portland Player.

Smart Coupe is the 14th stakes-winner for Twin Hills Stud’s Smart Missile, who stands this spring at a fee of $22,000.