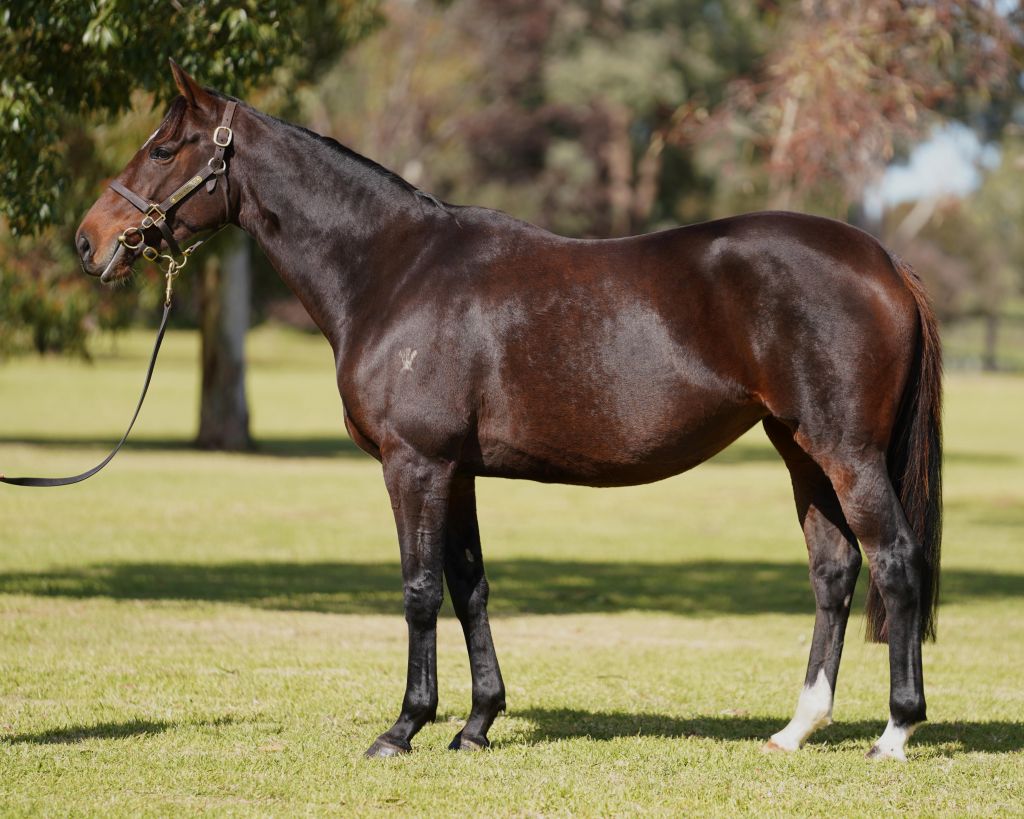 Inglis graduates were to the fore on the international stage over the weekend with big-race winners in both Singapore and Hong Kong. Both by Twin Hills stallions!

Trained to perfection by master conditioner Michael Clements, the 4YO had shown promise throughout his career, but his winning effort at just his 12th start, was definitively a career best.

Acting on behalf of owner Krit Chittaseni, Clements had purchased Big Hearted in conjunction with Waterford Bloodstock for $120,000 from the draft of Blue Gum Farm at the 2018 Inglis Premier Yearling Sale.

For Blue Gum Farm, the result continues a staggering run of success with graduates of their drafts at the sale, following on from G1 Coolmore Stud Stakes winner September Run and last weeks’ G2 Sandown Guineas winner Allibor.

“It is very satisfying, a real endorsement of the systems that we have in place as well as a great compliment to the team that we have that works so hard on the farm,” said Blue Gum’s Phillip Campbell.

“He (Big Hearted) was a nice, neat, sound-looking horse and fair play to Michael Clements who picked him out and bought him, his judgement has been well-rewarded.

“It’s a great result for his breeder Lisa McMaster, who entrusted him to us to prepare for the sale and Lisa has a beautiful Deep Field filly for Premier in 2021, so hopefully she too can deliver a good result.

“I am very excited about our draft for the Inglis Premier Yearling Sale for 2021 in general,” added Campbell.

“Demand was huge and while it hard to disappoint people, we have to be selective and I think it’s a fantastic group of horses.”

Meanwhile at Sha Tin on Sunday, top-class sprinter Hot King Prawn (Denman x De Chorus) staked his claim for favouritism for the G1 Hong Kong International Sprint with a compelling performance in the G2 Jockey Club Sprint over 1200m, his second win in the race having also won the prestigious contest in 2018.

A $90,000 purchase by Aquanita Racing from the draft at Torryburn Stud at the 2016 Inglis Classic Yearling Sale, the John Size-trained grey has now won 11 of his 21 starts for earnings in excess of $4.8m.

For Torryburn, the success further enhances the profile of Hot King Prawn’s yearling full brother who will be the star of the stud’s draft at the 2021 Inglis Classic Yearling Sale.

“We have a very good draft for the Classic Yearling Sale next, but the star is undoubtedly Hot King Prawn’s full-brother who is a cracker,” said Torryburn’s Brett Cornish.

“The Hawkes team paid $540,000 for his half brother by Capitalist at this year’s Easter Yearling Sale and I expect next year’s offering to be very popular indeed.

“The farm has produced some top-class sprinters in recent years in the likes of Terravista, Deploy and Ball Of Muscle, but Hot King Prawn is right up there with them and deserves to win his G1 at some point.”

Hot King Prawn, who led home an Inglis quinella in the Jockey Club Sprint, will face formidable competition in the G1 Hong Kong International Sprint in the shape of another famous grey to graduate from the Classic Yearling Sale, Everest winner Classique Legend.

The Classic Yearling Sale is a regular source of winners in Hong Kong, with over 70 graduates winning in the territory since 2018 including the likes of Nothingilikemore, Perfect Match and Country Show.

The 2021 renewal of the Inglis Classic Yearling Sale will take place at Riverside Stables from February 7th – 9th with the catalogue NOW AVAILABLE ONLINE.