While a level of scepticism each year about Australia’s Classic form is understandable, the facts suggest it’s unwarranted and I fancy you dismiss it at your peril in the spring of 2020 – especially if the Caulfield and Melbourne Cups are northern hemisphere visitor-free. The Caulfield Cup (Gr 1, 2400m) is the race perennially touted – to the point of hackneyed – for any Derby or Oaks-winning three-year-old. More than cliche, others consider it anachronistic. 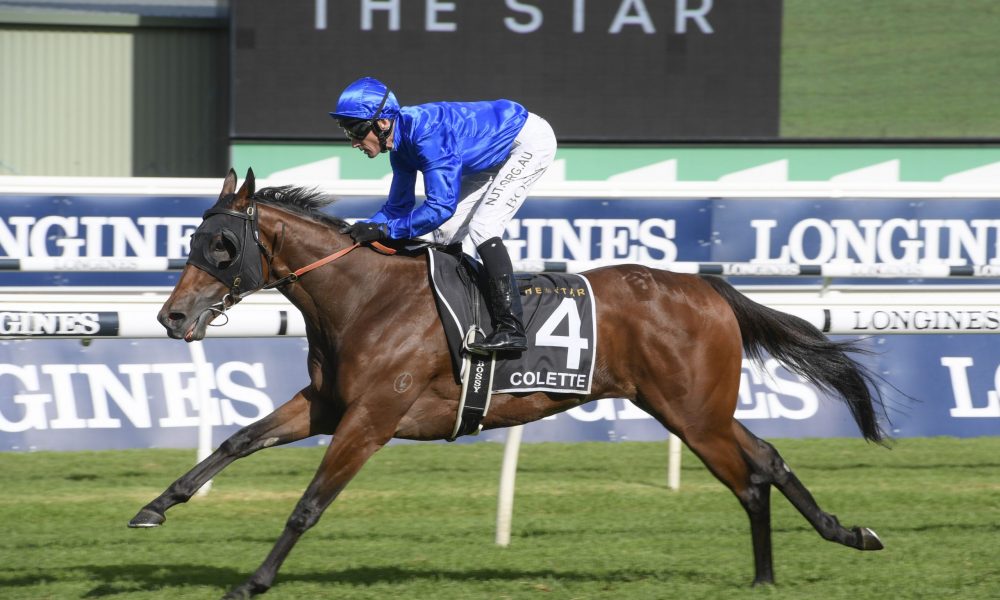 The truth is somewhere in between but still more in favour of entertaining the four-year-olds rather than dismissing their prospects as fanciful or a thing of the past.

Interestingly, 14 four-year-olds have won the Caulfield Cup in the past 30 years; exactly the same number were successful in the preceding three decades before international competition and the regular sale of Derby performed three-year-olds to Hong Kong.

So, simply they’re winning at a rate of almost once in every two years and the more recent sample period, since 1990, has seen six northern hemisphere trained winners take the race and four of those denied locally trained four-year-olds. You could well argue, in fact, that the impact of the four-year-olds in the Caulfield Cup is on the rise rather than waning.

All but one of the past 14 Caulfield Cup winning four-year-olds had a top four finish in a Derby or Oaks at three. The one exception was Let’s Elope (Nassipour), who did not contest either Classic in New Zealand but did win a Group 3 fillies race at 2000 metres at set weights (the Centaine Stakes).

The ATC Oaks winner Colette (Hallowed Crown) and SA Derby winner Russian Camelot (Camelot) are the obvious hit picks among this season’s Classic winners, while it would be premature to dismiss the ATC Derby form of Quick Thinker (So You Think) and Zebrowski (Savabeel) on the basis of the winner’s afterthought run behind “Classic type” Kinane (Reliable Man) in the Packer Plate.

The ATC Oaks remains a significant race and anything but anachronistic. While not all winners – as is the case with any race – go on to exalted status; all but two of the past ten ATC Oaks winners have progressed – at four – to win at Group 1 or Group 2 level or run extremely well in a Caulfield Cup.

The record of South Australian Derby winners, this millennium, is not as enticing – other than Caulfield Cup winner Mummify (Jeune) – but the victory of a northern hemisphere bred three-year-old is without precedent and therefore without historical context.

What we do know, from a historical perspective, is that no horse so lightly raced – it was Russian Camelot’s fifth start – has won the South Australian Derby in modern times. And we know that when it was keenly sought – as it arguably was this year in our changed racing circumstances – in the 1990s it produced Cups winners and placegetters Shiva’s Revenge (Nassipour), Subzero (Kala Dancer), Count Chivas (Lord Ballina) and Markham (Salieri).

Not to mention that Russian Camelot, despite conceding about five months in age to the placegetters Dalasan (Dalakhani) and the Victoria Derby winner Warning (Declaration Of War), literally toyed with them and that he’s prepared by Danny O’Brien who – assuming David Hayes still heads to strife-torn Hong Kong – will be the only 2020-21 Australian trainer who can boast having trained a Caulfield Cup, Melbourne Cup and Cox Plate winner.

Further depth among this season’s three-year-old ranks may also be proven via the Packer Plate despite the winner Kinane’s subsequent defeat in last Saturday’s Gunsynd Classic.

Every so often, the something-of-a-consolation Frank Packer Plate proves better than its accorded status – most notably when Might And Power (Zabeel) won it in 1997 – but there are several other examples and this year may be one of them with an impressive Kinane beating subsequent winner Bottega (Snitzel); the untapped Entente (Dundeel); the above average Chuck A Luck (Nagarra) and the Derby winner Quick Thinker.

Kinane then conceded an impossible start, last Saturday, behind Supergiant (Red Giant) and Ballistic Boy (Smart Missile) who just might be better than most pundits have so far acknowledged.

While Queensland racing proceeds this year, without a Derby and Oaks, more will be revealed at Eagle Farm on June 6 and 13 with the running of the Rough Habit Plate and The Roses; the latter likely to feature Toby and Trent Edmonds’ exciting prospect Vanna Girl (Husson).

Often believing what you see is more illuminating than over-analysis and I will happily be hitching my wagon to the spring four-year-olds Colette and Russian Camelot (and perhaps others) this coming spring – whether sitting in the stands or still in the lounge room.

The only caution is don’t commit too soon as Might And Power is the only one of those 14 contemporary four-year-old Caulfield Cup winners to have won first-up in the new season. Nine of the 14 were Australian bred; five from New Zealand.