Darby enters pinhook game with So You Think colt

Darby Racing has a reputation for winning Group 1 races as syndicators, notably with cheap purchases such as Golden Slipper S. winner She Will Reign (Manhattan Rain) and Sires’ Produce S., and Spring Champion S. winner Yankee Rose (All American), but Scott Darby has entered the pinhook game, through DR Pinhook, which purchased two lots on Day 1 of the Sale. 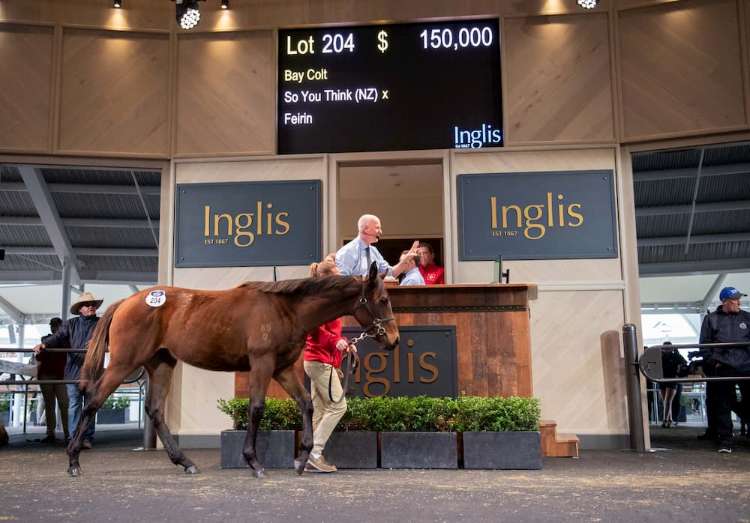 “He’s well-built, well made, the cross is phenomenal. We just thought he was the top pick of the whole sale for us.”

“He’s well-built, well made, the cross is phenomenal. We just thought he was the top pick of the whole sale for us.” – Scott Darby

The So You Think-Fastnet Rock nick has produced six winners, including the recent city winner Splendoronthegrass. The dam, Feirin, is from a top racemare in America, Randaroo (USA) (Gold Case {USA}), who was a multiple graded winner and Grade 1 placed.

But neither this colt, or Lot 116, the Sooboog colt DR Pinhook paid $26,000 for on Wednesday, are likely to be running around in the Darby Racing colours, with their most likely destination a yearling sale next year as part of a change in focus for the company.

“2020 for Darby Racing is about expansion. We’re expanding the business from syndication to also include pinhooking – yearlings into 2-year-olds and weanlings into yearlings. We’re looking for quality horses that we think will sell well at the major sales next year,” he said.

“We’re looking to use our knowledge and success we’ve had with yearlings that have turned into early-running 2-year-olds and using that same formula for the pinhooking side of things. This is the first time we’re fair dinkum really into it. We hope to pick a few up at this sale and then get them into the right sales next year as yearlings.”

Twin Hills Stud’s Olly Tait was very much pleased with the result for the So You Think colt.

“We’re very pleased. $150,000 is a lot of money. He was a lovely horse, he did everything right. He’s by a really good sire and he’s got a nice pedigree. His attitude and athleticism, he sold himself really. We didn’t have to do much,” he said.

“He had a lot of inspections from the moment we started so we were confident he’d sell well. All in all this is a very good result and I’d say a resilient market, given the current circumstances.”