‘Green’ Crosshaven prevails at The Valley

Crosshaven scored on the bigger track at Geelong on debut on May 15 but didn’t have it all his way on the tighter Moonee Valley racecourse in the Sheamus Mills Bloodstock Handicap (1200m).
Jockey Daniel Stackhouse was happy to trail the leaders on Crosshaven until the 400m but the youngster wobbled around the home turn.Crosshaven took until the 100m to re-balance but the son of Smart Missile hit the line strongly to beat Island Joy and Not A Zak.Stackhouse, who picked up the ride on Crosshaven after Luke Nolen was suspended, said the youngster did a lot wrong but his talent got him home.

“He didn’t travel as good as I thought he would through the race and I thought I’d just bring him out early and work him into it with momentum.

“He was awkward around the corner a little bit and I think his class and ability got him through.”

Co-trained Ben Hayes said he and training partner Tom Dabernig would discuss Crosshaven’s short-term future but he said there were suitable races for the gelding early in the new season.

“I have to talk to Tom but I have a feeling that he’ll be running sometime around mid-August,” Hayes, who also trains Crosshaven in partnership with his Hong Kong-bound father David, said.

“There’s also the option maybe to go to the series races at Flemington in June. I’d say we’d be running in August.”

Crosshaven was a NZ$80,000 purchase at last year’s Karaka Sale but has returned more than $66,000 of that price with his two wins.

The favourite salutes in the first, CROSSHAVEN makes it two from two at the Valley @lindsayparkrace @TwinHillsStud @stacki25 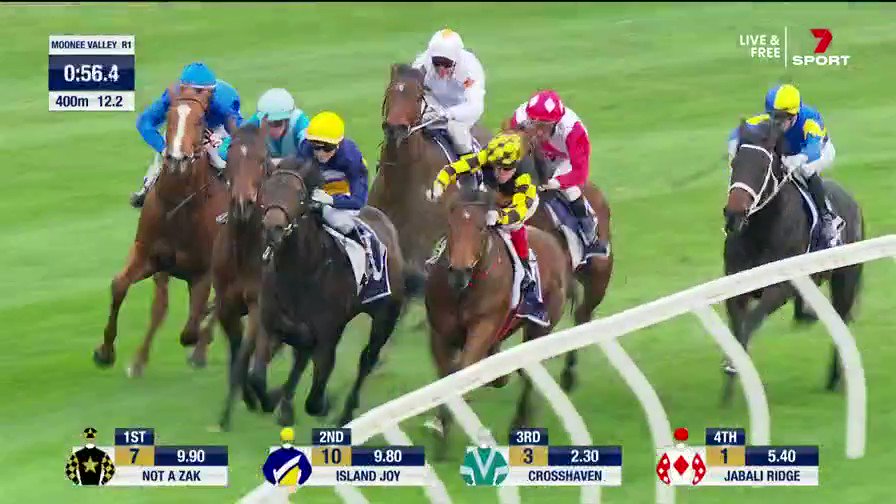