Hallowed Crown (Street Sense – Crowned Glory (Danehill)) will stand at Twin Hills­ Stud, Cootamundra for the 2020 season. His fee has been set at $11,000 (inc GST). 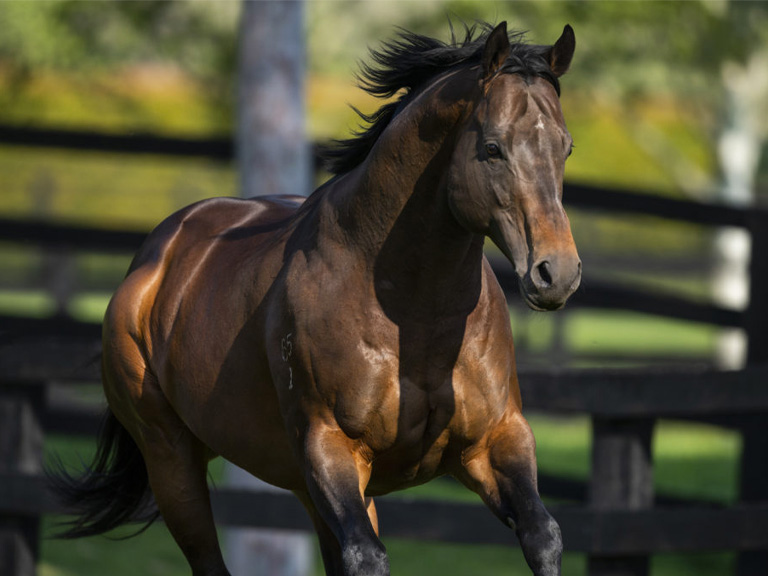 Hallowed Crown has the highest winners to runners strike rate (60%) of all current second season sires. He also has a higher strike rate than every sire to stand at stud in Australia in the Top 50 on the general sires list. With just two crops of racing age, he has had 18 winners from 30 runners this season.

Hallowed Crown has had three two-year-old runners this season all of which have won, including two metropolitan winners. This represents more two-year-old winners than fellow second season sires Rubick and Shooting To Win and more than established sires such as Redoute’s Choice, Zoustar, More Than Ready, Medaglia dÓro, Lonhro, etc.

Hallowed Crown’s progeny continue to be popular with buyers, with his yearlings averaging $80,375 across the 2020 yearling sales.

Bred by Gooree Park Stud and trained by Bart and James Cummings, Hallowed Crown was a talented juvenile. He won on debut at Randwick before dominantly winning the G3 Kindergarten Stakes over 1100m. Returning at three to take out the G1 Golden Rose, G1 Randwick Guineas, G2 Hobartville and G3 Run To The Rose, Hallowed Crown proved himself among the elite of his generation.

With a Timeform rating of 125, Hallowed Crown is the highest-rated colt from the Street Cry line in Australia and the best in his female family since six-time Champion sire Zabeel. Out of G1 Golden Slipper runner-up Crowned Glory, he is also a half-brother to star Tasmanian sire Needs Further, sire of G1 winner Mystic Journey.

“Hallowed Crown was an outstanding racehorse for whom big things are in store. His first runners are only three-year-olds and there are a number of his progeny who are showing terrific potential. This quality is backed up by his winners to runners ratio, which is outstanding”.

“We are delighted to have the opportunity to stand another stallion of this quality on behalf of Mr Eduardo Cojuangco Jr, who owns Smart Missile. Smart Missile has had a huge influence on the development of Twin Hills and we hope that Hallowed Crown can have a similar impact”.