There was no black-type, so Godolphin will have to be satisfied with the $4,100,000 winners cheque as last seasons ATC Australian Oaks heroine Colette provided Koby Jennings with a career highlight in the  $7,500,000 Iron Jack Golden Eagle (1500m) at Rosehill. 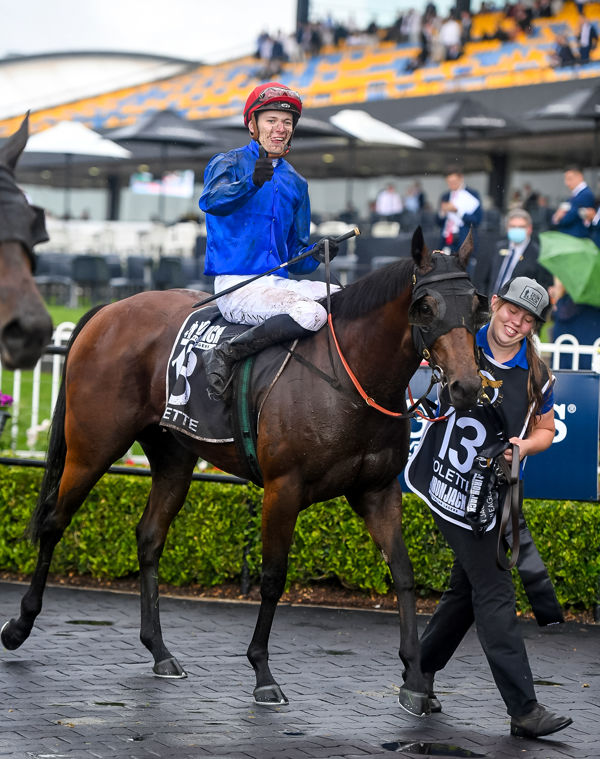 Revelling in the heavy ground, Colette stormed home to deny the 4yo Sacred Falls mare Icebath by a short-head with the Dawn Approach (IRE) entire Dawn Passage three-quarters of a length back in third.

Winning trainer James Cummings said he rang Jennings during the week to see if he would take the ride.

“He was so relaxed I asked him was he fishing. He said ‘no I’m not, but as a matter of fact I’m watching a fishing show,” Cummings revealed.

“I knew I had a pretty relaxed customer on this horse.

“She is a super mare.

“We had a plan for this spring carnival. We wanted to keep the speed in her legs. She freshened up beautifully since the Epsom.

“Anyone with a pencil in their hand can work out it was too short. She ended up finding a way on the heavy track. We got the solidly run race we hoped for.

“I just said (to Koby) let the race unfold from the half-mile like it was mile and a half race and she will eat up the ground late. He kept his head, and she savaged the line. She looked like (her sire) Hallowed Crown there in the last 100m.

“This farm has just the most amazing record. This crop of horses now has won the Golden Gift, the Golden Slipper, Golden Rose and the grand slam of the Golden Eagle.” 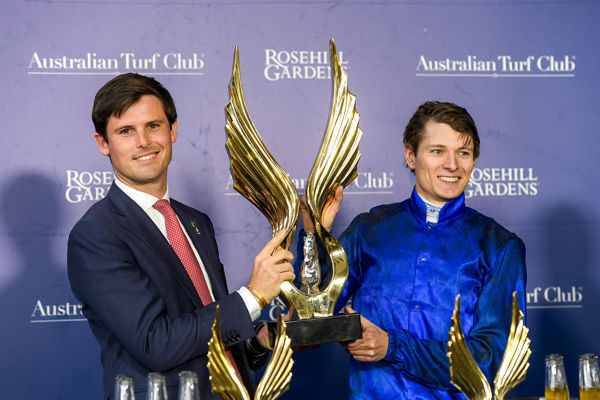 Colette advances her record to five wins and two seconds from 11 starts with earnings of $4,695,330.

Her sire Hallowed Crown began his career at Darley before moving to Twin Hills Stud.

A half-brother to successful stallion Needs Further from the family of champion sire Zabeel, Hallowed Crown stands at a fee of $11,000.