There’s “a smorgasbord of options” in the coming months for Australian Oaks winner Colette but trainer James Cummings is under no illusions of the task ahead when the mare kicks off her preparation at Randwick on Saturday. 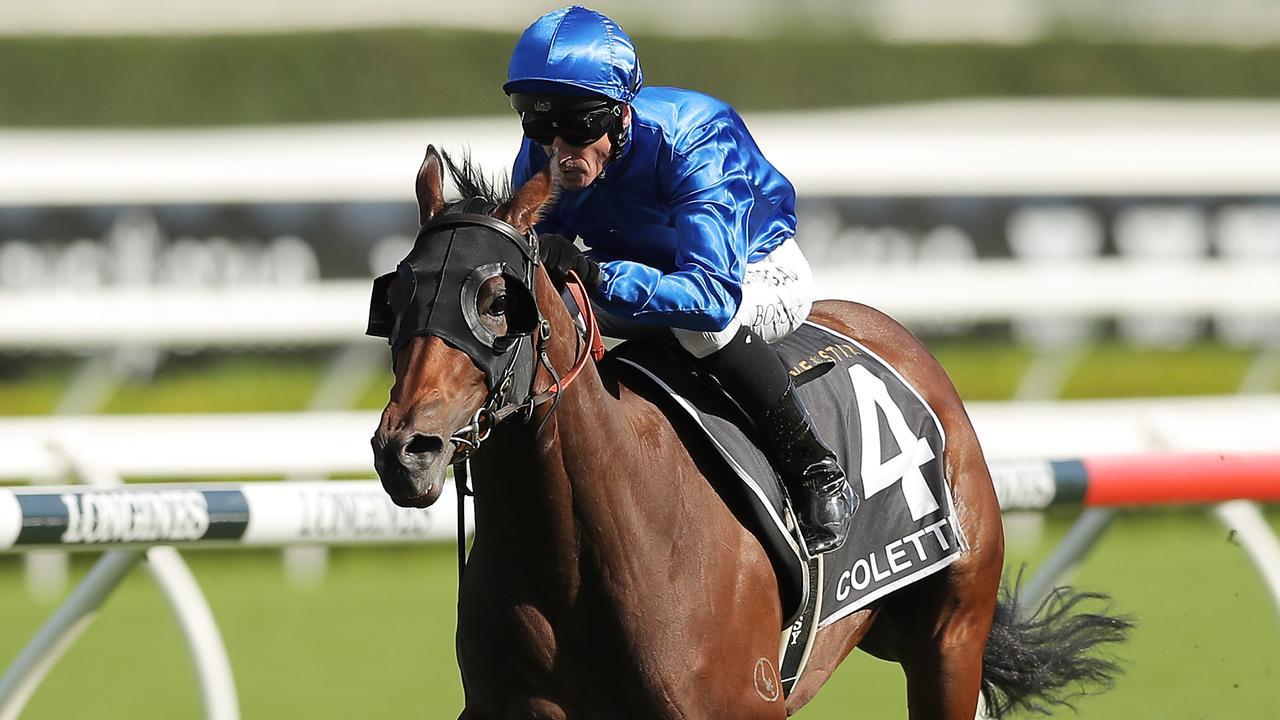 Colette tackles a strong line-up of Group 1 spring candidates in the Group 2 Tramway Stakes (1400m).
.
After winning the Australian Oaks back in April, the Godolphin head trainer signalled a “light spring” was ahead of the daughter of Hallowed Crown which had progressed from a Hawkesbury maiden in December 2019 to her Randwick Group 1 success on the second day of The Championships.
.
But there has been plenty of changes in the world this year due to the coronavirus pandemic meaning there remains considerable uncertainty surrounding international involvement in the spring carnival and Cummings appears to have opened the door to the possibility of a Group 1 handicap assault.
.
Last month on Sydney radio he said, “she might be a lightweight Caulfield Cup chance. We think she would get about 51 kilos” but the trainer realises that Australian Oaks winners have struggled to make an impact in recent years during their spring four-year-old campaigns.“She has challenges before her as a four-year-old,” he said.
.
“She’s going well but has to defy history to some extent this spring to prove herself better than many recent Oaks winners.“There’s a smorgasbord of options for her this spring, which of them we choose will become clearer in time.“We’ll be guided by her. We might give her a run or two and only afford her a light spring.“We don’t have to announce anything yet, we get the opportunity to see her like everyone else.”

Colette is an easing $8.50 chance in Tramway Stakes betting after being fitted up with two trials during July and August at Hawkesbury and then Randwick where she wasn’t knocked around finishing behind the placegetters.

“She’s returned from her spell a stronger-bodied mare who might nevertheless find herself out of her comfort zone over the 1400m on Saturday,” Cummings said.

“We’ve got our feet on the ground, not getting carried away.”

Josh Parr takes the reins aboard Colette on Saturday while Kerrin McEvoy will partner her stablemate Avilius when the popular galloper resumes in the Godolphin blue in the Group 2 Chelmsford Stakes (1600m).

Avilius was scratched a fortnight ago from the Group 1 Winx Stakes and his trainer says “he’s coming up solidly” leading into the campaign.

“I felt he was ready (for the Winx Stakes) but I’d started his preparation with the intention to run him first-up over this trip (1600m) so we ultimately made the call to stick to our original plan and we we’re pretty comfortable with where he is at going into Saturday,” he said.

“We think this is a good program for him other than there appears to be absolutely zero pace in the race for a weight-for-age mile race at Randwick.

“I think he can run well first-up and get his campaign off to a great start.”

Avilius is the $4.80 favourite for the Chelmsford Stakes.

Cummings indicated a George Main Stakes defence a fortnight after Saturday is the most likely second-up run for Avilius and the imported son of Pivotal is entered for the Caulfield and Melbourne Cups as well as the WS Cox Plate.