Prezado attracted huge offers from Hong Kong when he blitzed his rivals down the straight at Flemington on Melbourne Cup day in 2017 but the quirky galloper proved hard to catch in the next two years.
But that has all changed since trainers Mathew Ellerton and Simon Zahra decided to keep the son of Denman to the Flemington 1000m course. Jamie Kah rode Prezado to wins down the straight on April 25 and May 16 before Craig Williams took over from the suspended Kah for the Jim Beam Hill Plate on Saturday. Williams rode Prezado to victory at Pakenham in December 2018 and had little trouble piloting the five-year-old to a strong win in the $100,000 sprint.
The jockey said Prezado caused a few concerns when he wanted to play games in the stalls but he was always confident of getting the $2.20 favourite home.

“In the barrier stalls he wouldn’t stand up and we had to get the head collar off him and I couldn’t get an iron,” Williams said.

“That was the only anxious moment I had but once he picked up, he got there a little bit early and I was interested to see how much he put them away.

Zahra said Prezado’s latest win, his sixth in 28 starts, presented he and Ellerton with an issue when it comes to the sprinter’s next assignments.

“Now the problem – a good problem – is what do you do next. He deserves a bit of a break, I think, and if we can’t find another race in a few weeks then we’ll bring him back for the spring,” Zahra said.

“The biggest problem is that there isn’t a lot of 1000 metre group races for him down the straight so he’s not going to be easy to place now.”

Snitzkraft produced a solid effort to finish second while From Within led for most of the race but was no match for the first two in the last 100m.

He just loves the @FlemingtonVRC straight!! 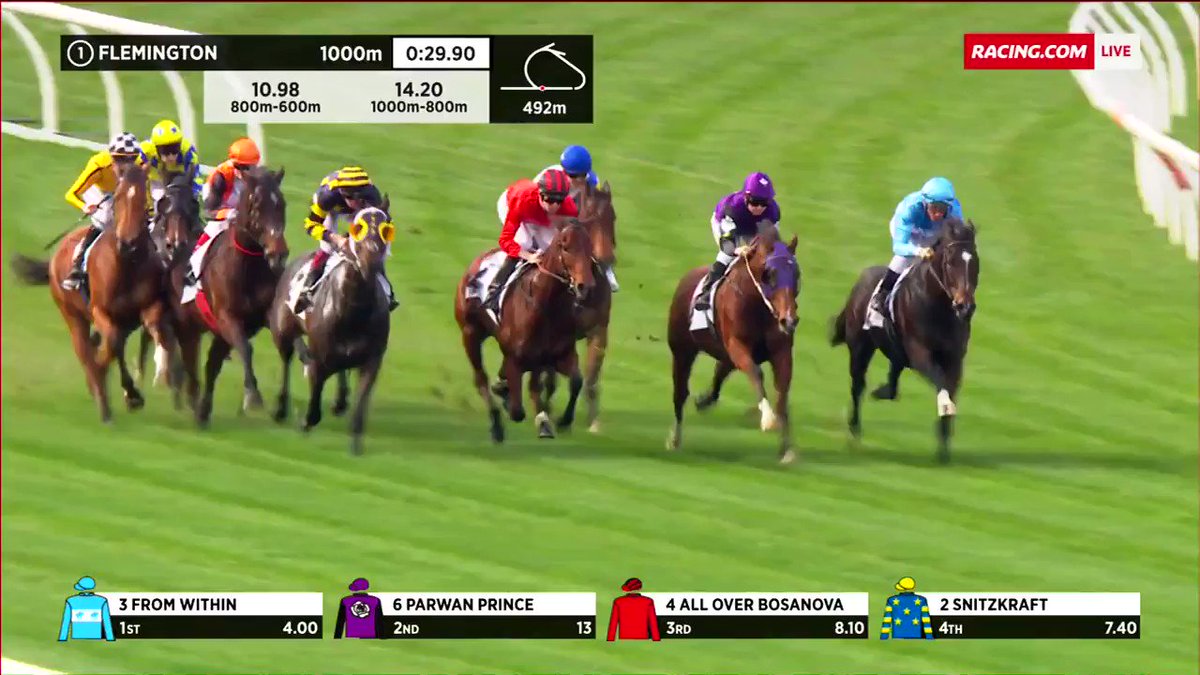