Twin Hills Stud will present their biggest ever draft for Magic Millions at the Gold Coast next week and with 24 yearlings by a wide range of promising and proven sires there is something for everyone in this quality selection prepared by Olly Tait and his team. 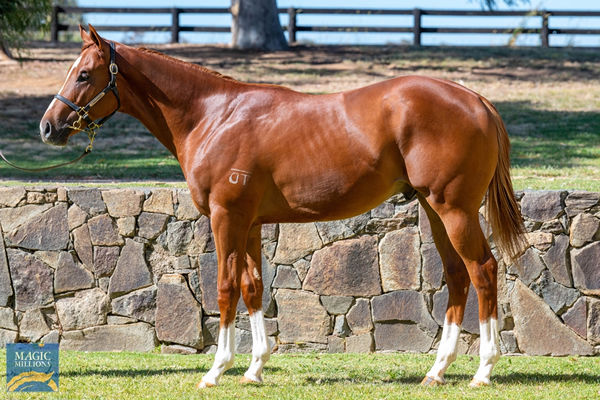 A powerhouse chestnut with four white feet by the sire of G1 winning sprinters Masked Crusader and Shelby Sixtysix, he is the second foal of an unraced sister to stakes-placed Raging Queen and daughter of brilliantly fast stakes-placed sprinter Royal Bender.

The Toronado colt is slightly bigger than average in size and is very strong. He moves well and has good conformation. Toronado has emerged as a terrific stallion in both Australia and Hong Kong. 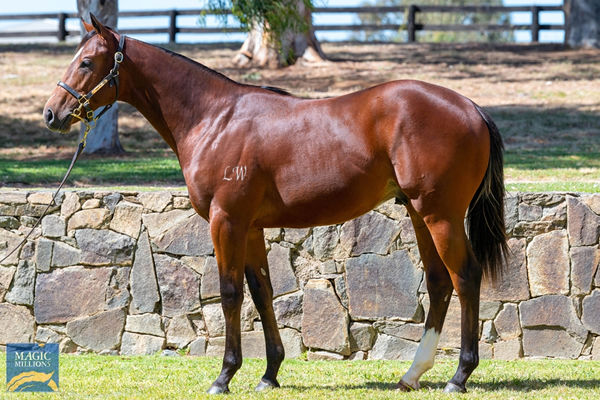 From the first crop of Everest hero and Champion 3YO Colt Yes Yes Yes and is a half-brother to a winner from a fast metro winning daughter of champion sire Exceed and Excel from an outstanding European female family.

Obviously it is always interesting to see the progeny of new sires. I loved this horse the moment I laid eyes on him at his breeder, Fran Ovenstone’s, property. He is sharp and has a fluid gait. He looks like he has the potential to be an early runner. 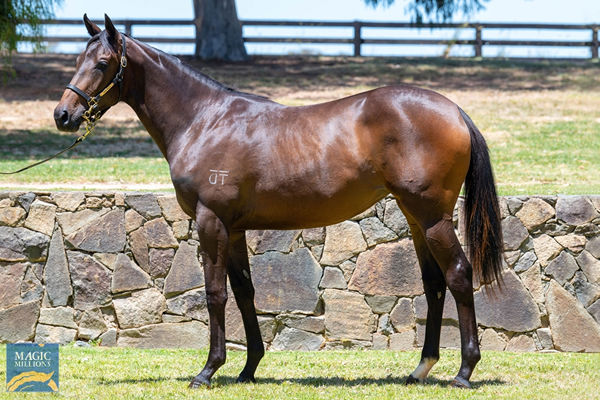 From the first crop of Dubawi’s Champion 2YO and 3YO Colt Too Darn Hot and is from a winning half-sister to G3 winner Flying Evelyn and grand-daughter of G1 winner Bollinger with fourth dam Golden Slipper winner Bint Marscay.

This is a gorgeous filly. Well balanced and athletic. Happily, her pedigree matches her looks. She is from a wonderful family. The progeny of Too Darn Hot have had a buzz around them from the beginning. 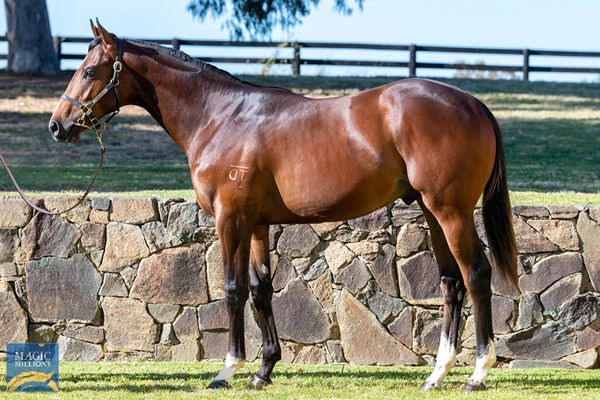 Colt by exciting young sire Hellbent, who will have runners in the Magic Millions 2YO Classic (Fire Lane and 3YO Guineas (Hell I Am) and is from an unraced Galileo mare from a European Black Type family that has had success in Australian through juvenile SW El Padrino. I Am Invincible (sire of Hellbent) has had good results with Gaileo mares, eight winners from nine runners including G1 winner Invincibella, G3 winner Nettuno and Group placed 3YO filly on the rise Tajneed.

Colourmegal produces a good looking foal every year and this year’s edition is no exception. He is big and strong with a great action – both his sire and dam sire are very evident in the way he looks.

From the first crop of Group I ATC Doncaster Handicap winner Brutal, a son of champion NZ Sire O’Reilly. Half-brother to stakes-placed Kharisma and dam has had three foals to race and all are winners with her 2YO filly by Showtime in work with Annabel Neasham.

The Brutal colt is a classy looking horse. He has a lovely head, great colour and is very light on his feet. The catalogue does not really reflect how good his half brother, that raced in Singapore.

Lot 755 Filly I Am Immortal x Courseshewill, by Unencumbered 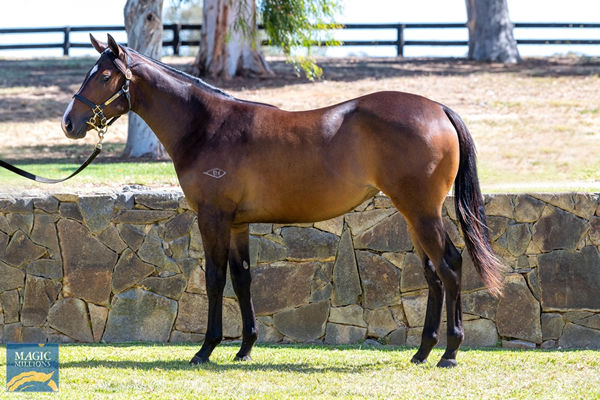 From the first crop of I Am Invincible’s G3 Blue Diamond Prelude winner I Am Immortal and has early speed on both sides of her pedigree being the first foal (August 5) from fast metro 2YO winner Courshewill, who is by Magic Millions 2YO Classic winner Unencumbered from juvenile SW Corsaire.

This filly is very strong and looks like she could be one to aim at the early races. Her mother was a speedy two year old and was competitive in Exhilarates’ Magic Millions. Physically, she matches up to her pedigree.