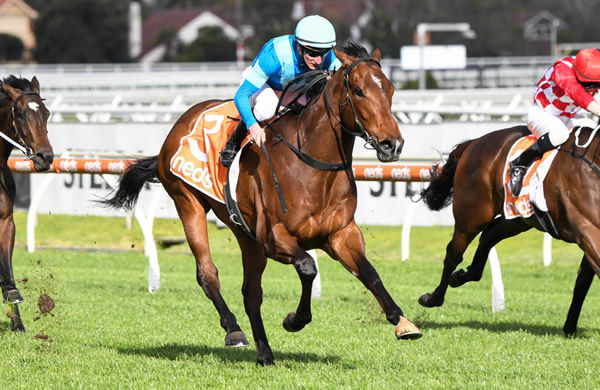 Prepared at Lindsay Park, Crosshaven keeps improving and raced on the pace for Daniel Stackhouse before kicking clear to win by a length and three-quarters.

“It’s a good effort as he was able to do it at both ends,” said co-trainer Ben Hayes, who is now looking to the Group I MRC Caulfield Guineas on Saturday week. 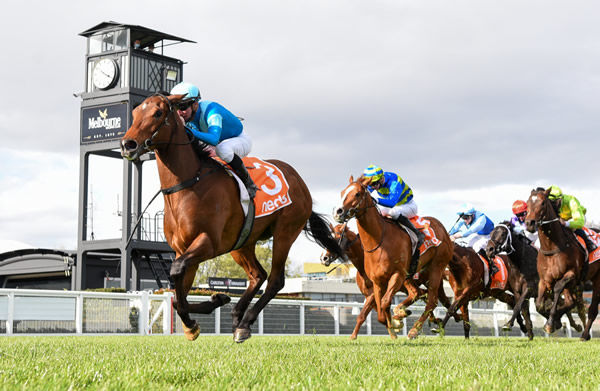 An $80,000 yearling graduate of Haunui Farm’s 2019 Karaka Book 1 draft, Crosshaven was initially passed in before selling to Lindsay Park with his breeder Daniel Nakhle retaining a share.

Nakhle had enjoyed previous success with the Lindsay Park team after selling a half share in Spanish Whisper, who won the Group II Let’s Elope Stakes (1400m) for the combination.

Crosshaven has the overall record of four wins from five starts with prizemoney in excess of $305,000.

Crosshaven is a half-brother to Group III winner Killarney and is from terrific producer and Group II winner Irish Colleen, who has had five foals to race all winners.

Smart Missile is the sire of Crosshaven

He is another star performer for Twin Hills Stud’s Smart Missile, who stands this spring at a fee of $22,000.