Announced as a new addition to the Twin Hills roster this spring last Sunday, Smart Missile was quick to keep himself in the news when siring a smart winner at Randwick on Wednesday for Team Hawkes.

Four year-old gelding Thaad had no luck last start when slowly away before finishing second at Warwick Farm and got it right this time to score a stylish half length win in the Benchmark 90 event over 1300 metres.

A $300,000 Inglis Easter purchase from the Cressfield draft for Vinery, Thaad has won three races and placed three times from 13 starts earning nearly $150,000 in prizemoney.

A half-brother to Group II placed Star Rolling from good producer Uneasy, Thaad is one of 78 winners this season for Smart Missile.

A proven stakes producing son of Fastnet Rock, Smart Missile is priced at $13,200 this spring. 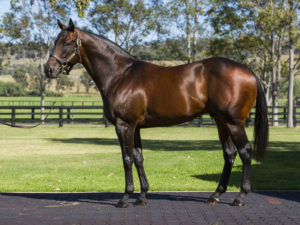