A 100% clearance rate with total sales of $2,085,000 and an average of $160,385 had Olly Tait and his team at Twin Hills Stud super happy after departing the Gold Coast following a memorable 2020 Magic Millions. 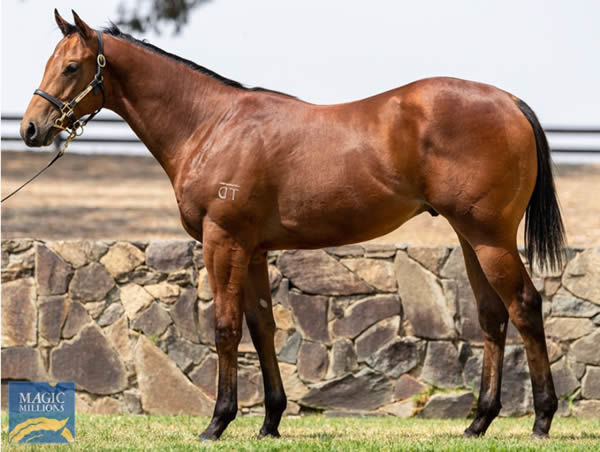 Evergreen sire Choisir is one of those affordable Group I producing sires that never fails to deliver, both for those who buy his offspring and for those who choose to breed and sell.

His best result at the Magic Millions this year and his best sale result since 2017 came with Twin Hills Stud’s strapping bay colt from stakes-winner Sweetest Melody that made $450,000 (15 times service fee) to the bid of Edmonds Racing/ Kestrel Thoroughbreds.

The colt is a half-brother to ill-fated Smart Melody, who won five of six starts including the Group II MRC Thousand Guineas Prelude before losing her life to colic.

“We were delighted to get the half-brother to Smart Melody, who was such a special filly,” said Bruce Slade of Kestrel Thoroughbreds.

“We just loved him, he has size and scope. We’ve mostly been looking for quite sharp sort of horses to go early and while this horse has the maturity to be a two year-old, he also has the frame and action and attitude to be a proper horse Group I horse.” 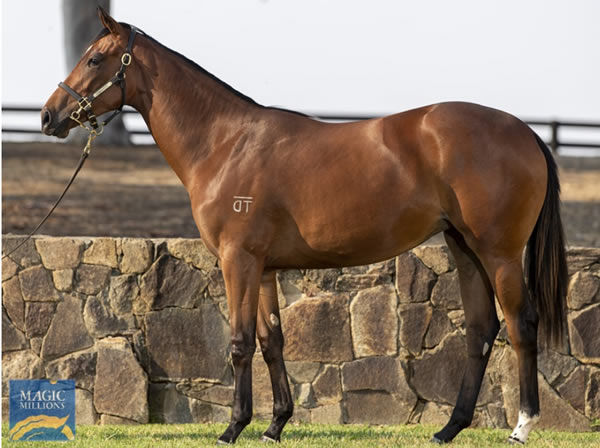 Other big results for Twin Hills were the Exceed and Excel filly from Erinys that made $320,000 and a Shalaa (IRE) filly from Zuzao that made $300,000 (nine times service fee).

Twin Hills also offered the first progeny of Bobby’s Kitten (USA), who shuttled to the farm for a season in 2017 and speedy Snitzel stallion Odyssey Moon, who currently stands at the farm.

The Odyssey Moon colt from Glowlamp made $30,000 and the Bobby’s Kitten colt from Sense and Reason made $80,000 to the bid of Gai Waterhouse and Adrian Bott, who also train his half-brother Belieber.

Twin Hills Stud head next to Sydney for the 2020 Inglis Classic Yearling Sale where they will present a dozen yearlings, click here to see them.