“YOU DON’T SEE THAT TOO OFTEN”: CUMMINGS GUSHES OVER COLETTE

Godolphin Australia have an absolute star in the making in impressive filly Colette.

The daughter of Hallowed Crown was dominant in landing her first Group 1 when winning the Australian Oaks (2400m) under Glen Boss at Royal Randwick last Saturday. It came off the back of a seemingly effortless victory in the Adrian Knox (2000m) just seven days prior and the manner in which she has destroyed her rivals has the stable full of hope.

Head trainer James Cummings was glowing in his appraisal of three-year-old Colette who boasts a record of four wins and two placings form just seven career starts to date.

“Hasn’t she burst onto the scene. Her past four wins have been collectively over 20 lengths in margin,” Cummings said on SEN Track.

“Not many horses do this.

“She’s not only easily shaken off the second horse in her races, but the gap back to third has been another collective margin of over 20 lengths.

“She’s absolutely spacing these fields and since getting past a mile, she’s undefeated. She looks like being one extremely promising stayer.”

He added: “Colette’s got this amazing ability to just drop the bridle, travel sweetly throughout and the rider is swinging off her turning for home to chime in.

“You don’t see that too often.

“Not only with a filly stepping up in distance to a mile and a half for the first time, but we’re talking about a horse in her first racing preparation. She’s so unexposed.

“It definitely gives you the feel that we might have a serious stayer on our hands.” 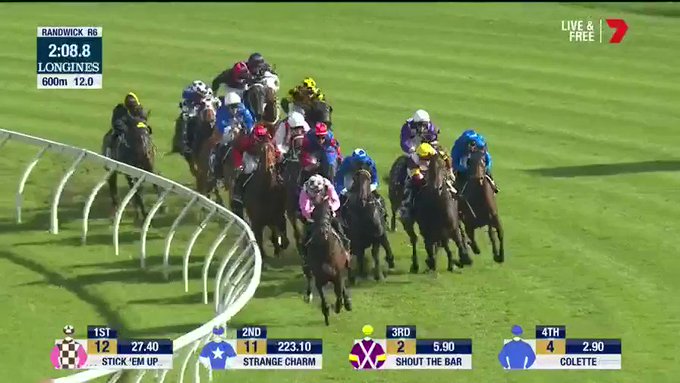 Following such brilliant wins over distance, the notion of a Caulfield and Melbourne Cup campaign has been brought to light, and Cummings admits it will happen at some stage taking into consideration she is a developing young filly.

“I’d love to. Whether I do it later this year or next year remains to be seen,” he said further.

“She’s done a really solid job for us. Seven starts in her first campaign. She is a very, very late foal, not a very big filly.

“‘Bossy’ said to me, ‘James, you could just about pack her up and put her in the boot of your car and take her home with you if you wanted to’.

“But she’s developing. She’s a long way behind. You can see how far behind she is.

“Even if you pick up the form guide and see the way I’ve programmed such a classy horse all the way through. Having only burst onto the black type scene in her past two starts it proved to be the right timing for her.

“She’s a very valuable filly for us now. And if I only giver her a light spring, you’ll know it’s because I’m conscious that I want to have her absolutely geared up in another 12 months’ time to be more mature, ready to tackle weight-for-age, ready to go to a mile and a half again and then be a spring contender more like in 2021.”